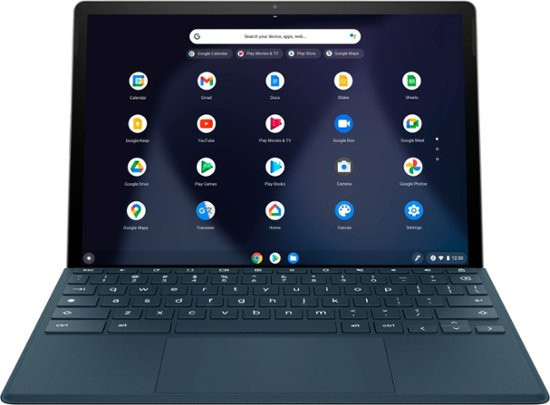 Google could be bringing variable refresh rate, or VRR, to its Chrome OS operating system, new reports say. About Chromebooks was the first to pick up on the change, which was recently added to the operating system’s dev channel. Making VRR in Chrome OS a staple feature could help Google’s OS keep up with more powerful tablets and computers in the future.

What does variable refresh rate mean?

If you don’t spend a lot of time in the gaming sphere, then variable refresh rate probably sounds like a weird term somebody made up out of nowhere. It’s actually a really important feature in a lot of newer displays, though.

Basically, VRR allows the display to sync up better with the frames that the graphics card is outputting. Think of it as a tool to give you smoother visuals in any game or intensive app that supports it. Without VRR, you have to worry about screen-tearing, which occurs when the frames-per-second (FPS) don’t sync up with the display’s refresh rate.

These screen tears can be terrible for ruining immersion in a game and usually causes the entire image to become offset in some way. Now that you’ve got a basic idea of what VRR is. Let’s talk about why putting VRR in Chrome OS is such a game-changer.

Why VRR in Chrome OS is such a big deal

There is a lot of evidence that points towards Google making some big moves into the gaming industry. First, we already know that Google Stadia is a thing, despite some recent changes. Then, there’s the Google Play Games project, which is aimed at bringing Android games to Windows 11. VRR in Chrome OS could be a likely next step in the process.

We also can’t forget Google’s Tensor chip. Many believe the Google-made system-on-chip (SOC) featured in the Pixel 6 is the company’s first step into making its own advanced silicon chips. These could act similarly to Apple’s M1 chips, which now power the company’s highest-end Mac computers and iPads.

Google recently also made changes to Chrome OS to support RGB keyboards, a staple in the gaming community. But that support isn’t for external keyboards. Instead, it looks to be geared towards some unreleased devices. Those devices could be the first gaming Chromebooks.

With support for RGB keyboards, as well as VRR in Chrome OS, Google could set up the operating system to be a winner in the gaming space. Of course, that isn’t going to happen overnight. The company has a lot of work to do if it wants to make future Chromebooks less clunky and appealing to gamers. Adding VRR in Chrome OS is a good start, though. It will also need to attract the gaming populace a bit better than it has with programs like Stadia.

If Google plays its cards right, we could see one of the best display features finding a lot of use in the Chrome OS ecosystem.