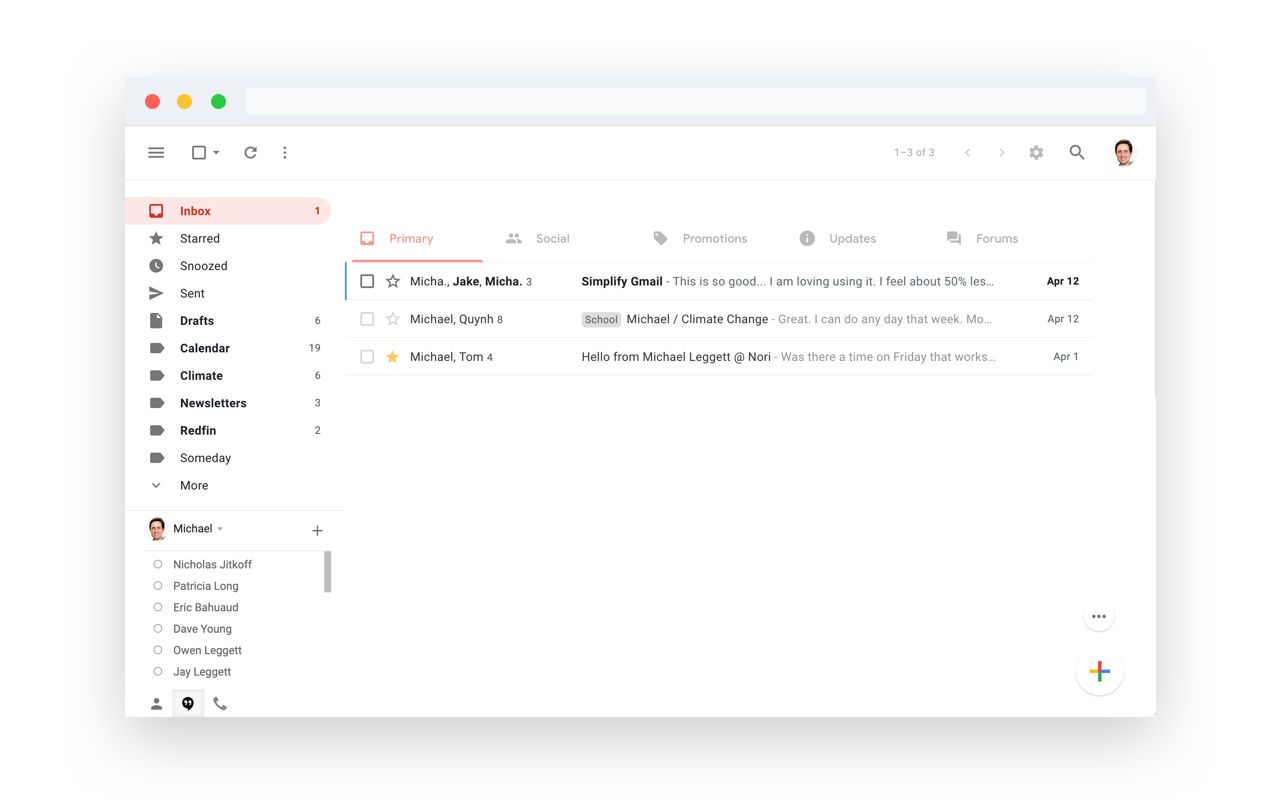 Before Gmail was first released, email was a huge pain. Okay fine, email is still a huge pain, but it was far worse back then. Free email services were almost completely unheard of — yes, you had to pay for personal email accounts — and storage was very limited. Then Gmail came along and flipped email on its head, offering users unlimited storage and a great set of features, and the only price to pay was giving Google access to your data. On top of all that, the Gmail interface was also a big draw for users because it was so simple and straightforward, which was indeed a breath of fresh air compared to email clients like Microsoft Outlook. As is the case with all of Google’s services though, the simplicity is lost as more and more features are added. Many of those features are quite useful, but there are always people who wish things could go back to the way they were. Well guess what: They can.

Simplify Gmail is a new extension for Google Chrome that was created by Michael Leggett. If that name sounds familiar, it’s because he was a designer at Google for a period of time, and he co-founded Google Inbox. Inbox, of course, is the alternative email app Google just shuttered, and its small but loyal and vocal user base was not pleased.

The premise of the Simplify Gmail extension is quite simple. It was designed to strip away all of the UI elements that many deem to be clutter, leaving users only with the pieces of the Gmail UI that they need. It works quite well, and people who have tried it so far really seem to love it.

“Simplify was made by me, Michael Leggett, with some help from friends,” Leggett wrote on the Simplify website. “I was Gmail’s lead designer from 2008 to 2012 and co-founded Google Inbox. I’ve been writing Chrome extensions for years to simplify the apps I use but have only ever shared them with friends. With the unfortunate demise of Google Inbox, I wanted to bring the simplified email experience to Gmail.”

As for those of you who might be concerned about installing an extension that is in use while you’re accessing private information in your email account, Leggett had this to say about Simplify and security: “You should always be super careful what extensions or apps you use with your email. Simplify is mostly some CSS plus a little Javascript to apply the CSS. There are no trackers. No data is sent or shared. No ads ever. Promise. And all the code can be inspected on Github.”