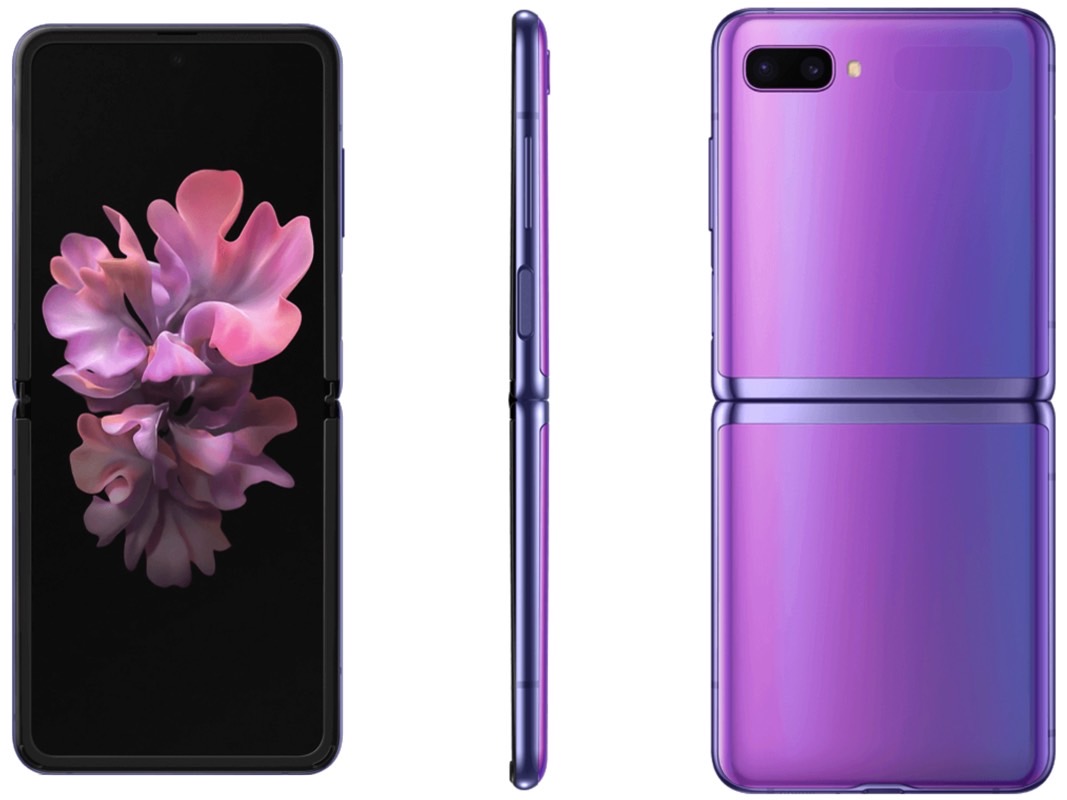 We’re just five days away from Samsung’s first big mobile event of the year, and several days after Samsung proved it’s not even trying to contain the Galaxy S20, and Z Flip leaks out there. The company confirmed the Galaxy S20’s name change and design by mistakenly hosting Galaxy S20-related content on its website a few days ago, and confirmed the Galaxy Buds+ refresh with the help of an iPhone app. It’s not as if these products needed more confirmations given that several leakers spoiled all their secrets in the past few months, but especially in the past few weeks. And the leaks will probably keep coming right until Samsung takes the stage next Wednesday in San Francisco to unveil these products. Next up is a brand new Galaxy Z Flip leak that shows the new clamshell foldable from every angle and reveals some of its secrets.

Ishan Agarwal, who’s been leaking press renders as well as hardware details and launch information about several unreleased devices for some time now, is back with Z Flip details.

Even more clear renders of the Samsung Galaxy Z Flip, showing the Fingerprint sensor now. It will have special fibres inside the hinges to prevent dust from entering, the hinges would even have dual stops, at 90° and 180° enabling stuff like Hands Free (Duo) Video Calling. (1/2) pic.twitter.com/Pk8XNPpXAo

The teenage leaker posted on Twitter more images that show the handset from every angle, reconfirming what we already know. The Z Flip will be quite tall when unfolded, and rather bulky when folded. While some may think we don’t need such gimmicky devices, there’s no question foldable devices are the future. We just have to start somewhere, and phones like the Galaxy Fold, Mate X, and Z Flip will help us get to gorgeous foldable handsets and tablets.

The Z Flip already promises to fixes many issues of Samsung’s first foldable phone. It’s going to be more compact than it’s predecessor, and it’ll have actual glass protecting the display rather than plastic. Moreover, the phone should be more affordable than the Fold, without sacrificing performance. The Razr is also cheaper than the Fold but packs mid-range hardware.

Agarwal provided new details about the Z Flip that suggest Samsung has been learning quite a lot from the Fold. The Z Flip’s hinge will supposedly include a special fiber that will stop dust and debris from getting inside the phone. That was a problem for the original Fold design, as debris was apparently responsible for destroying some screens. Even the redesigned Fold version that went on sale in September allowed particles to get inside the hinge.

(1/2) More SW Enhancements would be there (Viewing Area + Control Area) for 90°. You will get notifications on the Cover (Focus) Display, would be able to check calls, time and battery otherwise. There will be Pro Video Mode and possibly another colour: Mirror Gold. Will be 183g. pic.twitter.com/6Th3ojcMGq

The leaker also said that the hinges will have a dual stop mechanism, allowing users to unfold the handset at 90-degrees for hands-free video calls.

The images also show the phone’s fingerprint sensor, which is built into the power button on the side, and the small external display, which will show missed calls and other notifications, as well as the time, and battery health.

Agarwal also said the phone will feature a Pro Video Mode for the camera, likely a feature that will be available on the Galaxy S20, and added that the Z Flip might be available in gold in addition to the purple and black versions in these images.