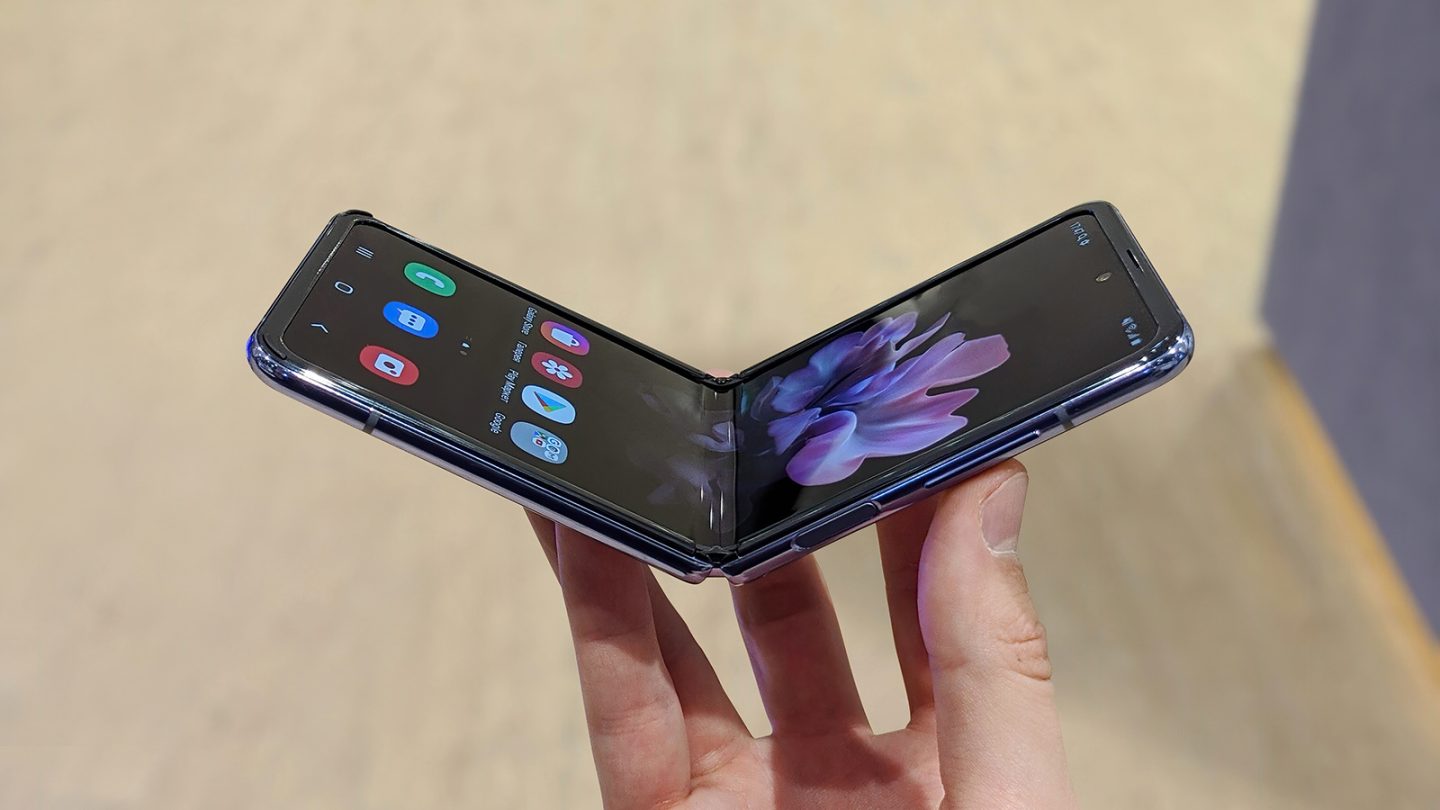 Samsung recently unveiled its next-generation Galaxy S20 flagship smartphone lineup along with its second foldable smartphone, the Galaxy Z Flip. Since then, something quite interesting has happened. The Galaxy S20 phones are supposed to be Samsung’s top-sellers in the coming months and the Z Flip is supposed to be a pricey niche handset with limited appeal, but the majority of buzz ever since Samsung’s Unpacked event has definitely focused on the company’s new foldable. The Galaxy S20, Galaxy S20+, and Galaxy S20 Ultra all look like terrific devices, but Samsung’s questionable strategy may have done the company a huge disservice. The company’s best-selling Galaxy S10 phone from last year was the Galaxy S10e, an “entry-level flagship” will less impressive specs, but a much lower price point. In 2020, however, Samsung abandoned its entry-level model and its new Galaxy S20 phones will start at a whopping $1,000 in the US. With that in mind, and considering the fact that the Galaxy Z Flip costs just $1,380 compared to the $2,000 Samsung was charging for last year’s Galaxy Fold, the second-generation foldable suddenly looks far more appealing.

With all that in mind, it’s no surprise that there’s so much buzz swirling around Samsung’s new foldable phone. It’s also no surprise that the Galaxy Z Flip sold out in several key markets shortly after going on sale. In the United States, for example, Samsung confirmed that the Z Flip sold out shortly after going on sale, and the company said that new stock will arrive this coming Friday, February 21st. Supply is rumored to be quite limited since the foldable Galaxy Z Flip is much more difficult to manufacture than a regular smartphone, but it’s still impressive considering how slow Galaxy Fold sales are believed to have been last year. If you’re one of the people who bought a new Galaxy Z Flip though, there are two important things you need to know. First, it looks like durability is going to be an issue, which shouldn’t come as much of a surprise. Second, Samsung is offering a deal on screen repairs if you break the Z Flip’s display, but you can only take advantage of the offer once… and you won’t believe how much a screen repair is going to cost you the second time around.

Foldable screens for smartphones are still relatively new technology, and new technology is always expensive. In the case of Samsung’s Galaxy Z Flip, that could come back to haunt you if you’re not extremely careful with your smartphone.

Samsung’s new foldable is actually the first folding smartphone with a flexible glass layer above its OLED display. There’s still another layer of plastic on top of the glass to help protect the screen, but the phone does indeed utilize flexible glass for the first time in any commercially-available smartphone. On one hand, it means the screen looks better and feels better than other foldable displays. But on the other hand, it’s very expensive.

If you buy your Galaxy Z Flip before the end of the year from an authorized retailer, Samsung is offering a one-time screen replacement for $119. That’s actually a terrific value — in fact, it’s less than Apple charges to replace the screens on some iPhone models. After that, however, you’ll definitely want to be extra careful with your foldable smartphone. According to a new support page on Samsung’s website, subsequent display replacements will cost a whopping $499 each. That’s a huge figure when you’ve already spent nearly $1,400 on the phone, though it could certainly be worse. As a reminder, screen replacements cost $599 for the Galaxy Fold.

The bottom line is if you buy a Galaxy Z Flip, you’ll want to be extremely careful with the phone. Preliminary tests already suggest that the folding display might have some durability issues, so keep that in mind before you decide to shell out $1,400.