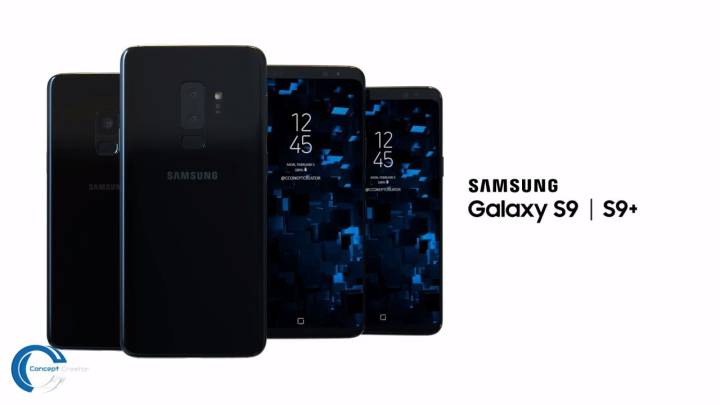 The release date of Samsung’s Galaxy S9 and S9+ is just three months away by this point, and all the leaks and rumors we’ve seen so far are starting to paint a consistent picture of what the new phone will look like. Unlike Apple and the iPhone X, Samsung isn’t going for a radical new design here: Instead, it’s keeping things simple, refining the things that work, and retaining that headphone jack.

Concept Creator, a YouTube channel that takes leaks and rumors and turns them into actual renders of devices, has released its trailer for what the Galaxy S9 and S9+ should look like. There’s no surprises here, but anyone who’s been a fan of Samsung’s design over the years is going to continue to be happy.

The concept video shows two models, the Galaxy S9 and Galaxy S9+. As is tradition these days, the smaller Galaxy S9 only has a single camera on the back, while the Galaxy S9+ is rocking the dual-lens system that’s become increasingly popular. The fingerprint sensor on the back is still there, although it’s been moved to a slightly more sensible location, more towards the middle of the device.

Other staples of Samsung design are still present. Both phones have a curved screen and rounded corners, along with the same power, volume, and dedicated Bixby buttons as last year’s design. There’s no physical home button, of course, but it’s also not quite the same kind of all-screen display as the iPhone X and Essential Phone. Instead, as per the leaks, this Galaxy S9 and Galaxy S9+ have a small “chin” at the top and bottom, thin bezels that allow for the cameras and speakers.

Most importantly, as we wrote yesterday, this design still allows for a 3.5mm headphone jack to be incorporated into the design. A thin phone with a screen that goes right to the edge makes a physical headphone jack an impossibility, so keeping the thin bezel and a headphone jack would appear to be the compromise that Samsung’s settled on.

According to most rumors, Samsung will be officially unveiling the Galaxy S9 and S9+ around MWC in Barcelona, which takes place at the end of February. Samsung may forgoe the traditional month-long pre-order period, favoring a quick early March launch in order to disrupt sales of the iPhone X as much as possible.