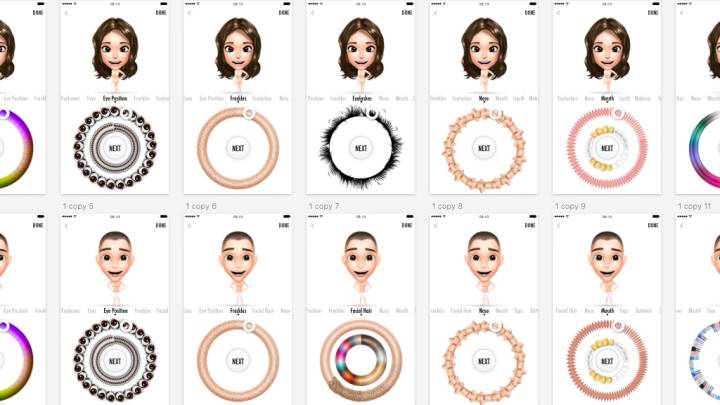 Digital media entrepreneur Gary Vaynerchuk kicked off a recent episode of his DailyVee vlog series by thinking out loud about how the time is supposedly drawing near when all of us will have essentially cartoon avatars — digital, animated representations of ourselves that populate our content and digital presence. Snapchat, of course, is helping push things in that direction, he mused.

Akash Nigam, CEO of a new startup called Genies, likewise thinks there’s huge potential in the space currently popularized by Bitmoji. Such that “this code will be cracked over the next year” by someone, he insists — and he wants Genies to be the thing that does it. At the heart of Genies are basically customizable, cartoon-like representations of its users that can react to daily events and news in real-time. Think, “Bitmoji with a brain,” Nigam tells BGR about Genies, which launched around eight weeks ago.

In fact, his ambition for the company is to make Bitmoji, in his words, “obsolete.”

He’s apparently on to something, because the company secured buy-in from big-name investors, like Shawn Mendes, The Chainsmokers, Russell Westbrook and more. The Genies app also has a waitlist with upwards of 300,000 people on it, and the company — valued at more than $100 million as of early December — recently closed on an additional $3 million in strategic funding.

The big phone makers would certainly seem to think so, a la the AR Emoji feature that’s part and parcel of Samsung’s new Galaxy S9 and the iPhone X’s Animoji. “We don’t view them as competitive,” Nigam said. “The only [thing] that’s similar is they’re an avatar. I view something like an Animoji as novel, as opposed to a daily use case like we want.”

The way Genies works: When you first sign up, you personalize your “genie.” Once you’ve chosen hair, face, eyes, clothes and the like — and you’re in — the app sends you a batch of animated scenes each day with your genie in them. Users can share those out across the main social and messaging platforms — Facebook Messenger, iMessage, Snapchat, standard text messages, Snapchat, etc., which makes the product a little like the way people use something like Giphy across a variety of services.

“It sounds kind of lame, but I think it comes down to art,” Nigam says by way of explaining what he thinks clicks with Genies’ mostly young user base. They’re all generally either below 20, though there’s also a block of older users. “People like the style of our genies. The way they move and work. People are normally used to static images or a little too techie kind of avatar, I think. Where they’re not focused on the user behavior. We meet with kids all the time, get their feedback. They help create a product roadmap for us.”

Here’s how much Nigam believes in the concept. He met his co-founder in college. They were both a few credits away from graduating and decided — nope, let’s call it quits and go all-in on the startup.

So they dropped out, moved to the Bay Area — Nigam himself was born and raised in Palo Alto and went to school at the University of Michigan to study computer science — and for a time they worked out of a tiny room attached to a mosque in San Jose. The room cost about $400 a month. From there, they grinded it out, building the company into what it is today.

It’s now around 40 people spread over offices in L.A. and San Francisco.

“The ambition of the company is on the higher side,” Nigam said. “This code will be cracked over the next year, in my opinion. Where there will be a new community, where you can communicate with other people in a new format, and I think one format is going to be in the avatar space. And we want to be that next world.”