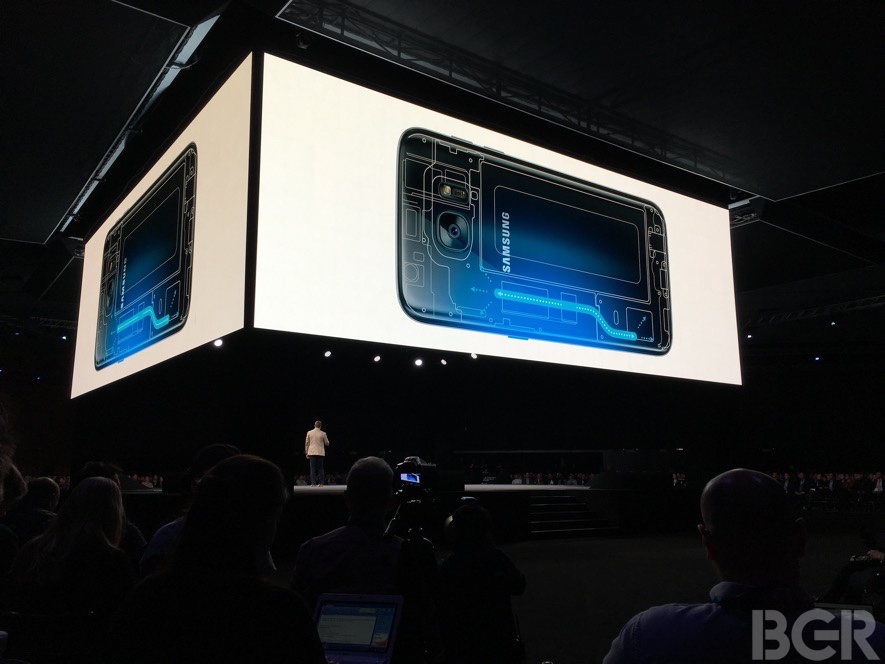 Liquid cooling was one of the things Samsung surprised us with at MWC 2016 during the Galaxy S7 announcement. The company talked about the processing and graphics power of the new phone, saying that the CPU is 30.4% more powerful and the GPU is 63.9% faster than the S6’s. With such great power comes great heat, and that’s way Samsung included a liquid cooling system inside the Galaxy S7 and Galaxy S7 edge.

Samsung did not explain the system in great detail during the keynote, but now that the Galaxy S7 is already shipping to customers, an early teardown of the handset is ready to reveal more details about what’s under the hood.

YouTube channel JerryRigEverything performed a thorough stress test on the Galaxy S7 that included heating the display, bending the phone, and scratching the front and back glass.

In addition, a new video shows us how easy it is to disassemble the Galaxy S7 edge to perform some repairs. The hardest part is removing the glass case on the back without breaking it. After that, most internal components are relatively easy to remove, though some parts might prove to be impossible to repair – like the home button – so a full screen replacement might be in order.

Interestingly, JerryRigEverything cut through the liquid cooling pipe, revealing that it contains no visible liquid. It’s more of a heat pipe that simply removes the residual heat. The heat pipe on the Galaxy S7 edge is similar to the one found in the Microsoft Lumia 950 XL rather than the Xperia Z5 Premium. Inside the heat pipe there’s copper wire that should help with heat dissipation (image above).

Without liquid inside, even if it’s cut, the heat pipe should still work as long as you cover it back up with the sticker that lies on top of it and then add all the other parts back in.

The full video is available below, and the liquid cooling teardown explanation can be seen at around the 4:30 minute mark.