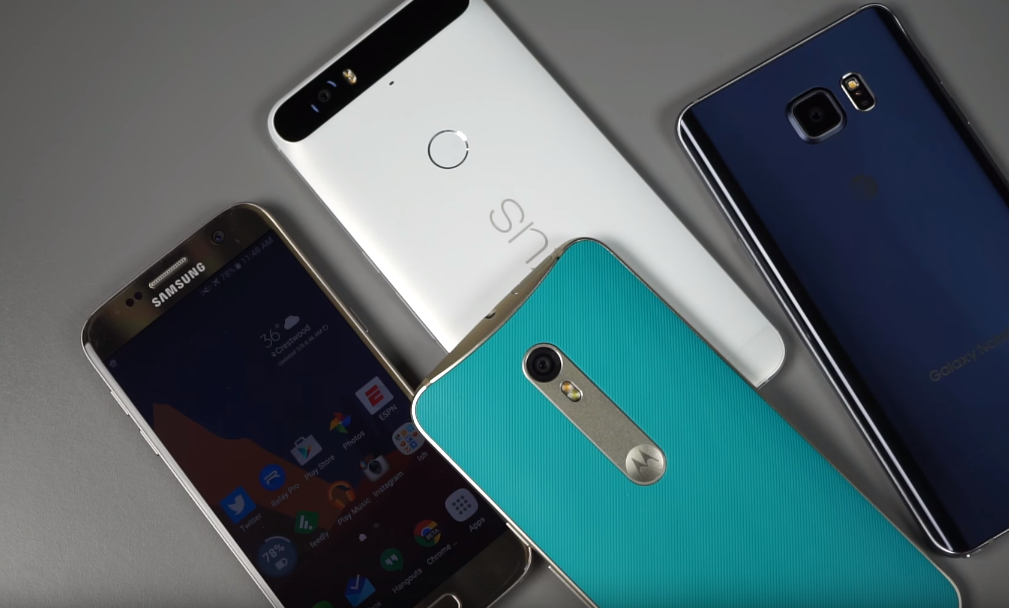 The reviews poured in for the Samsung Galaxy S7 on Tuesday and they were unanimous in their praise for Samsung’s latest flagship phone. The crew at Droid Life decided to take a closer look at how the Galaxy S7 compares to some of last year’s best flagship Android phones and it put together a terrific video that pitted the Galaxy S7 against the Nexus 6P, the Moto X Pure Edition and Samsung’s own Galaxy Note 5.

MUST READ: Ex-boyfriend brilliantly trolls woman who won’t return iPhone he gave her as a gift

The comparison between the Galaxy S7 and the Galaxy Note 5 is pretty straightforward since they’re basically the same phone made in two different sizes. The S7 has some upgrades in terms of display quality compared to the Note 5 but overall Droid Life found they’re very similar devices.

Things get more interesting when comparing the S7 to the Nexus 6P. First off, Droid Life notes that the Galaxy S7’s display looks significantly better than the Nexus 6P, which isn’t exactly a slouch when it comes to display quality. Similarly, the Nexus 6P’s excellent camera isn’t a match for the camera on the Galaxy S7, as Droid Life says its quality this year is “just crazy.”

Samsung is lagging behind when it comes to adopting USB Type-C technology, however, as it still relies on microUSB ports while just about every other recent Android flagship phone has made the switch to USB Type-C. And of course, the Galaxy S7 is held back by the laggy TouchWiz overlay while the Nexus 6P runs on the stock version of Android.