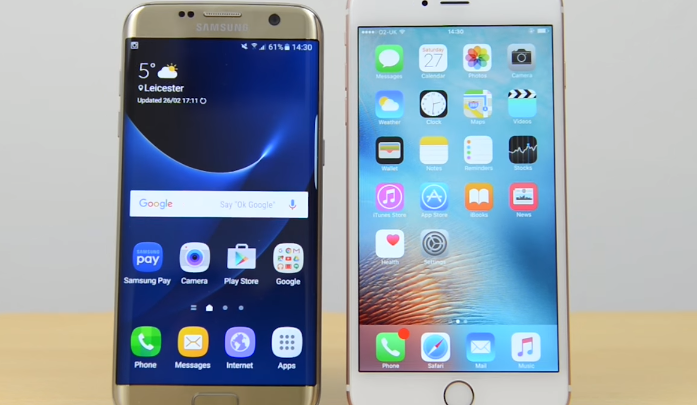 Samsung’s Galaxy S7 and Galaxy S7 edge are finally releasing this week and we’ve been seeing a big uptick in the number of hands-on videos of the device popping up around the web. YouTuber SuperSaf TV this weekend did a comprehensive comparison between the Galaxy S7 edge and the iPhone 6s Plus and he found that Apple could actually learn a thing or two from the S7 edge’s design.

One thing that jumps out at you with the Galaxy S7 edge is that it’s actually a smaller device than the iPhone 6s Plus even though both devices have a 5.5-inch display. The reason for this is that the S7 edge has much slimmer bezels as well as a slimmer home button, which means its display takes up more of the device’s overall space than on the iPhone 6s Plus.

Here are some other observations from the video:

He concludes that Apple should really step up its game this year when it releases the iPhone 7 because the S7 edge has just added so many unique features that really add to the overall user experience.