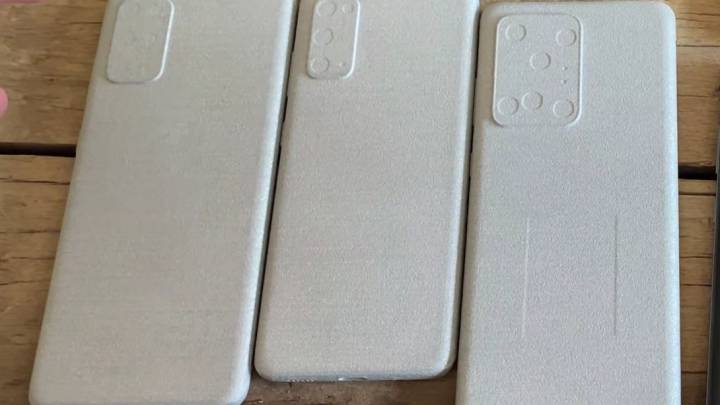 The Galaxy S20 series will be unveiled on February 11th, but the Galaxy S10 successors will hardly have any secrets left by the time Samsung introduces them on stage. This week alone brought us a few major leaks, as we’ve learned even more details about the specs of the three phones, and saw the first photos and videos of actual Galaxy S20 prototypes. The new naming scheme of the phones has also been confirmed by various sources, and we now know the Galaxy S20, S20+, and S20 Ultra will be the direct successors of the Galaxy S10e, S10, and S10+. Yes, the name change might confuse some fans, but once you get the hang of it, you’ll know what to expect from the new S20 models. All three phones, however, will have a slightly tweaked design compared to last year’s S10 series, and that includes different sizes for all of them.

The Galaxy S20 will feature a hole-punch display like the Galaxy S10, but the selfie cam is placed in the middle rather than on the side, which makes the S20 look more like the Note 10. There won’t be a flat-screen version of the S20 this year, and that’s because all three phones will have almost flat displays. Recent leaks revealed we’re looking at 2.5D glass for the S20, which is a fancy way of saying the screen bends around the edges, but only slightly. All three phones will come with in-display ultrasonic fingerprint sensors like their predecessors.

On the back, you’ll find three or four camera lenses, arranged in rectangular, vertical modules placed on the left. The most impressive of the bunch will be the Ultra camera, which will feature a 108-megapixel primary lens and a 10x optical zoom periscope camera.

Finally, the phones will lose the Bixby button, and they’ll feature just one connector, the USB-C port on the bottom.

This brings us to the video below, which tells us exactly how big the S20 phones will be. Courtesy of xda-developers, whose Max Weinbach obtained 3D-printed Galaxy S20 dummy units created with the leaked CAD files that were used to generate S20 images a few weeks ago.

You’ll immediately notice that the camera lens design on the S20 Ultra dummy looks unusual, and that’s because it is. That’s not how the camera will look like, and we’ve already established that long ago. But Weinbach says the design and size of the three handsets is the real deal.

In fact, the clip below features other size comparisons, as Weinbach is pitting the S20 phones against a slew of devices, including the iPhone XS, Pixel 4, Galaxy S10, Galaxy Note 10, and Galaxy Fold.