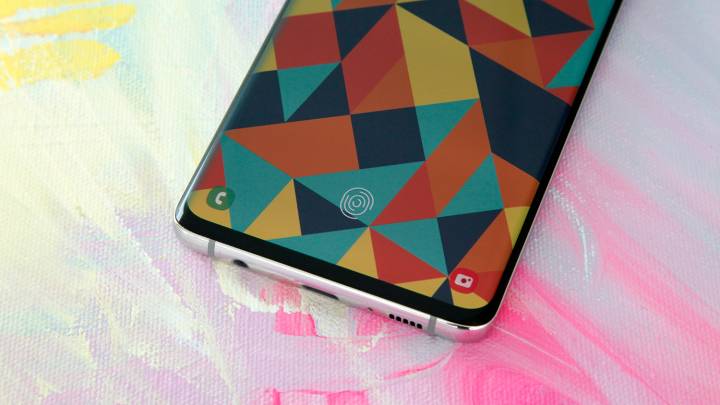 The Galaxy S11 is still about 5 or 6 months away from being announced, but the first rumors are already here and that’s hardly surprising for a Samsung flagship. The phone is expected to feature a better camera system that will incorporate a 108-megapixel camera, and it could support 5x optical zoom. On top of that, we also have a new discovery that suggests Samsung may be developing a new kind of tech for its next generation of flagships handsets. Unsurprisingly, Samsung is working on features that aren’t available from its main competitors, Apple included. The latest one might be a crazy new camera system that can detect the amount of sugar in fruit, whether or not you’re hydrated, and much more.

Found by Dutch blog LetsGoDigital, a Samsung patent application for an Electronic device including several light sources describes a smartphone with an infrared spectrometer on the back. It would allow a phone to send electromagnetic waves toward objects, including IR and visible light, which would return a signal to the spectrometer. A special chip would be able to analyze the data and determine several characteristics of the object in question, including moisture levels, sugar levels, and even heart rate.

More futuristic uses could include measuring CO2 or blood glucose levels, or even detecting smoke. Samsung might also use the technology to introduce its own alternative to Face ID. This is just speculation at this point based on the contents of the patent. And there’s no guarantee that the IR spectrometer will even make it into the next-gen Galaxy S phone.

The patent was filed on March 20th, 2019, both with the United States Patent and Trademark Office, and the World Intellectual Property Office. LetsGoDigital imagined what a Samsung flagship phone might look like if it included a complex five-lens camera system with a periscope lens for better zoom as well as the new spectrometer — and yes it’s quite crowded in there:

If the Galaxy S11 does incorporate a spectrometer, and assuming no other smartphone maker beats Samsung to the punch, it might become the first widely-available flagship to make use of such an advanced component. The Galaxy S11 should launch at some point next February, likely just before MWC 2020 kicks off at the end of the month.