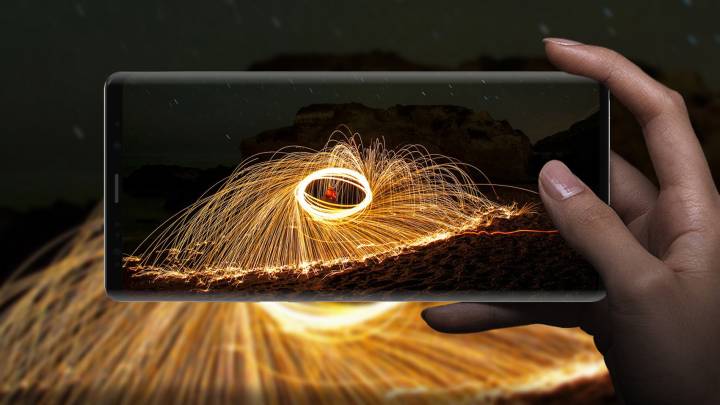 We have some good news and some bad news, Samsung fans. Yet another report emerged on Wednesday morning claiming that Samsung’s upcoming Galaxy Note 9 will be released ahead of schedule this year. It makes sense, of course, considering that the Galaxy S9 and Galaxy S9+ were released a month early compared to Samsung’s historical Galaxy S launches. It also makes sense when you consider that sales of Samsung’s current flagship phones have seemingly been much lower than Samsung and its partners had anticipated. After all, you don’t slash the prices of brand new phones after just one month if they’re flying off store shelves. An early Galaxy Note 9 release could be a nice little pick-me-up for Samsung if it’s well received by consumers.

The latest report to claim Samsung’s Galaxy Note 9 will be released early this year comes from The Korea Herald. The South Korean digital paper says production of the Galaxy Note 9’s 6.38-inch Super AMOLED displays began in April of this year, which is two months sooner than Samsung started producing Galaxy Note 8 screens last year. According to the report, the Note 9 could be released as soon as August. Last year’s Galaxy Note 8 hit store shelves on September 15th, so this would mean the Note 9 will be released about a month early just like the Galaxy S9 and Galaxy S9+.

Unfortunately for eager Samsung fans who were disappointed by the Galaxy S9 and S9+, the Galaxy Note 9 is expected to be a similar update. It’ll pack upgraded specs and Samsung’s impressive new Super Speed Dual Pixel camera, but the external design of the phone is expected to remain largely unchanged. That’s why the rest of the details in The Korea Herald’s new report are so intriguing.

According to the paper’s sources, Samsung also plans to release the Galaxy S10 ahead of schedule. We heard just this week that the Galaxy S10 will likely be Samsung’s first smartphone to feature a fingerprint sensor hidden under the display, and a subsequent report suggested that the screen on the Galaxy S10 will be the most stunning smartphone display Samsung has ever produced. The company’s next-generation flagship is shaping up to be an impressive phone indeed, and it may be announced as soon as early January at CES 2019.

But that’s also not the news from The Korea Herald’s report that has us excited.

Why is Samsung accelerating its announcement and release schedules for its new Galaxy S and Galaxy Note flagship phones? According to the report, it’s to make room for an entirely new flagship Galaxy phone series, and it’s the one we’ve all been waiting for. That’s right, it’s the foldable “Galaxy X” phone we’ve been anticipating for years.

Samsung initially said it planned to release a smartphone with a foldable OLED display in 2018. Company executives then walked that back, stating they want to ensure they iron out all the wrinkles and get things right before they launch the phone. This is a decidedly un-Samsung approach. The company has been known to rush out unfinished products in order to beat its top rival Apple to market, but we’re happy Samsung seems to be learning from its mistakes.

According to The Korea Herald’s sources, Samsung will unveil the foldable Galaxy X phone at Mobile World Congress 2019, which is scheduled to take place in late February next year. Samsung is said to be planning to begin foldable OLED display production in November, which the report says would be enough time for a release sometime after MWC 2019.

“It would take two to three months to assemble the parts, so the first foldable phones may be able to debut around February,” an unnamed source told The Korea Herald.

This year is shaping up to be one of the most boring years in recent history for Samsung flagship phones, but it appears as though the company will more than make up for it in 2019. The Galaxy S10 sounds like a huge step forward for Samsung’s Galaxy S lineup, and the foldable Galaxy X could mark the first time Samsung releases a first-of-its-kind smartphone that actually helps to shape the industry moving forward. Samsung clearly played a big role in popularizing “phablets,” but it was hardly the first phone maker to launch on oversized smartphone.

Trailblazing has never been Samsung’s forte, but it appears as though that will change beginning next year.