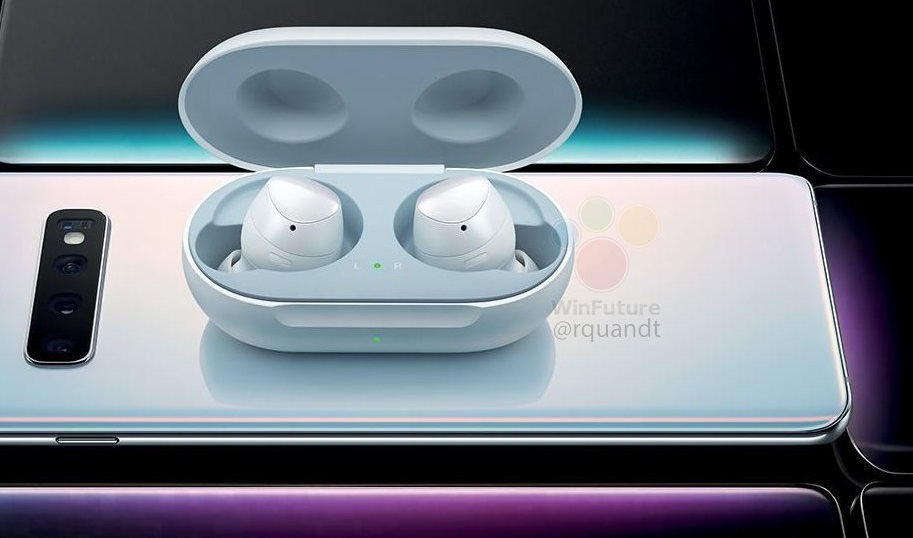 There have been so many Galaxy S10 leaks over the past few days that it’s nearly impossible to keep up with them all. We’re still nearly two weeks away from Samsung’s Unpacked event, where the Galaxy S10 series and the Galaxy F foldable phone are expected to be unveiled, but at the rate the leaks are springing up, there won’t be anything left to unveil. Which brings us to another major leak, spoiling one of the S10’s most interesting features.

On Wednesday, WinFuture’s Roland Quandt shared what appears to be an official press photo of the (unannounced) Galaxy Buds sitting on top of the (also unannounced) Galaxy S10+. The Galaxy Buds are rumored to be true wireless headphones — Samsung’s answer to Apple’s AirPods — and they will likely make their debut alongside the S10 and Galaxy F on February 20th. But this photo also hints at how the two upcoming devices will interact.

According to Quandt, the Galaxy Buds (pictured here in their carrying case) can be charged wirelessly by the Galaxy S10 (or the Galaxy S10+, as we see in the image below). It’s something that has been hinted at in previous reports, but providing this is a legitimate press photo, it all but confirms the existence of the feature:

Quandt claims that the Galaxy Buds will retail for 149 euros, which translates to about $170. While the S10 series and the foldable phone are sure to be the highlight of the Unpacked event in San Francisco later this month, the wireless charging capability of the Galaxy Buds should turn some heads as well.