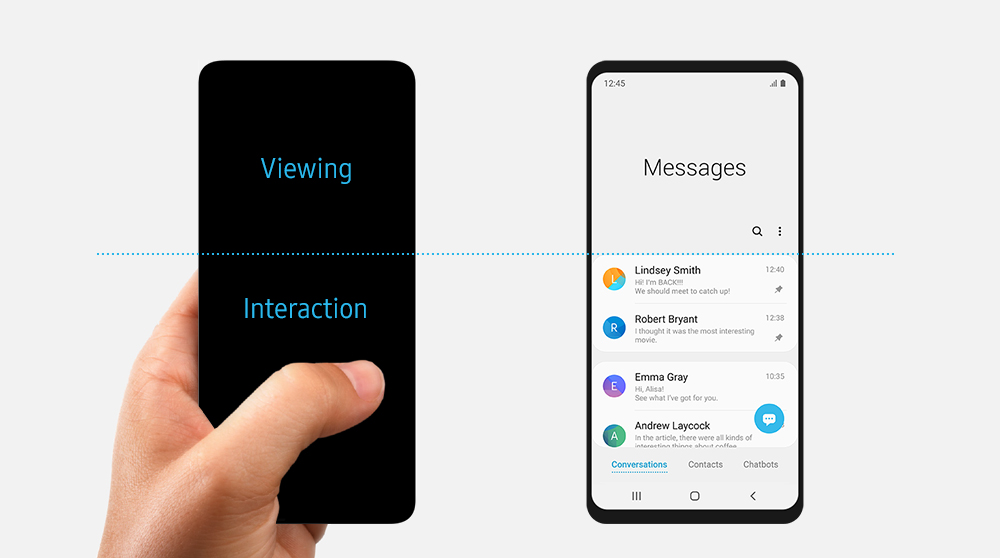 Samsung sent out media invites on Thursday morning for its next Unpacked event, confirming that the Galaxy S10 and Galaxy Fold will be formally unveiled on February 20th in San Francisco, California. But by that point, there might not be much left to unveil, as in addition to all the rumors and reports that have flooded the internet in recent months, Samsung itself appears to have accidentally leaked the design of the Galaxy S10 on its website.

First spotted by Reddit user qgtx, a Samsung Newsroom post about the upcoming One UI interface was altered to remove an image that featured a smartphone which matched up suspiciously well with reports about the Galaxy S10. The original image — which you can see here — showcased a phone with thin bezels, curved edges, and a display hole for the front-facing camera. It has since been replaced with the image at the top of this article.

If you click through to the Newsroom post, you might notice that it was published on January 7th. The eagle-eyed Redditor didn’t notice the change until January 10th. Had Samsung left well enough alone, it might have been able to skate by without anyone noticing (as the original image is fairly innocuous), but by swapping out the image, it raised a red flag for at least one internet sleuth. That’s not to say that the first image is guaranteed to be an accurate portrayal of the Galaxy S10 that we’ll see next month, but it certainly lends credence to that idea.

Though Samsung has yet to confirm any details about the Galaxy S10 (beyond the date on which it will be revealed), we have long expected the 2019 flagship to be the first premium smartphone from Samsung to feature the Infinity-O display, which notably features a cut-out in the corner of the display rather than a notch.