Multiple independent reports early Thursday morning stated that Samsung is planning to unveil its next-generation Galaxy S10 line of flagship phones on February 20th. Earlier rumors had suggested the phone would be unveiled during the annual Mobile World Congress trade show in Barcelona, Spain, so the news came as something of a surprise.

Surprising or not, those reports have now been confirmed because Samsung on Thursday sent out invitations to BGR and other media for its next Unpacked event. And just as the reports from earlier in the morning suggested, it will not take place at MWC 2019. Instead, Samsung will unveil its new flagships at a dedicated Unpacked press conference in San Francisco on Wednesday, February 20th.

Samsung’s 2018 flagship Galaxy S9, Galaxy S9+, and Galaxy Note 9 phones couldn’t have been any more boring. They looked exactly like Samsung’s 2017 flagship smartphones, but will slight performance upgrades. They didn’t even have any novel new marquee features, and Samsung’s earnings have taken a big hit as a result. Apple is experiencing something similar right now, as iPhone XR, XS, and XS Max sales have fallen well short of expectations.

It’s still unclear if Apple’s 2019 iPhone lineup will help right the ship, but we know without a doubt that Samsung has put the work in to turn things around this year. The company’s Galaxy S10 lineup has been detailed extensively in leaks, and it appears to be a real winner.

Samsung’s Galaxy S10 phones are also expected to feature next-gen processors, big camera upgrades, a new interface Samsung calls One UI, and new ultrasonic fingerprint sensors that are embedded underneath the screen. We’ve also heard form the world’s top Samsung insider that the phones will have stunning new finishes on the back in a variety of colors.

Well, Samsung fans, the wait is almost over. As you can see in the invitation embedded below, Samsung will debut its new Galaxy S10 series phones on February 20th. We also might get another preview of the “Galaxy Fold” foldable smartphone during the event, so be sure to mark your calendar. 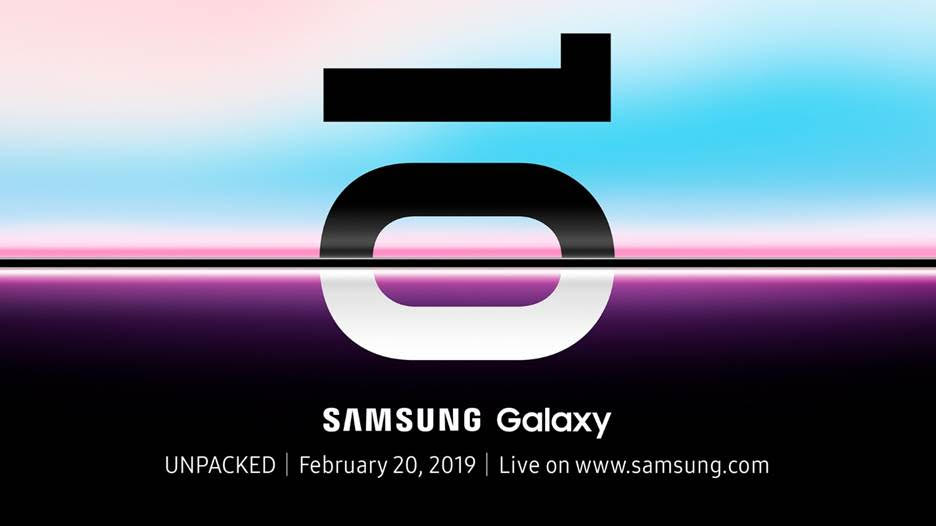