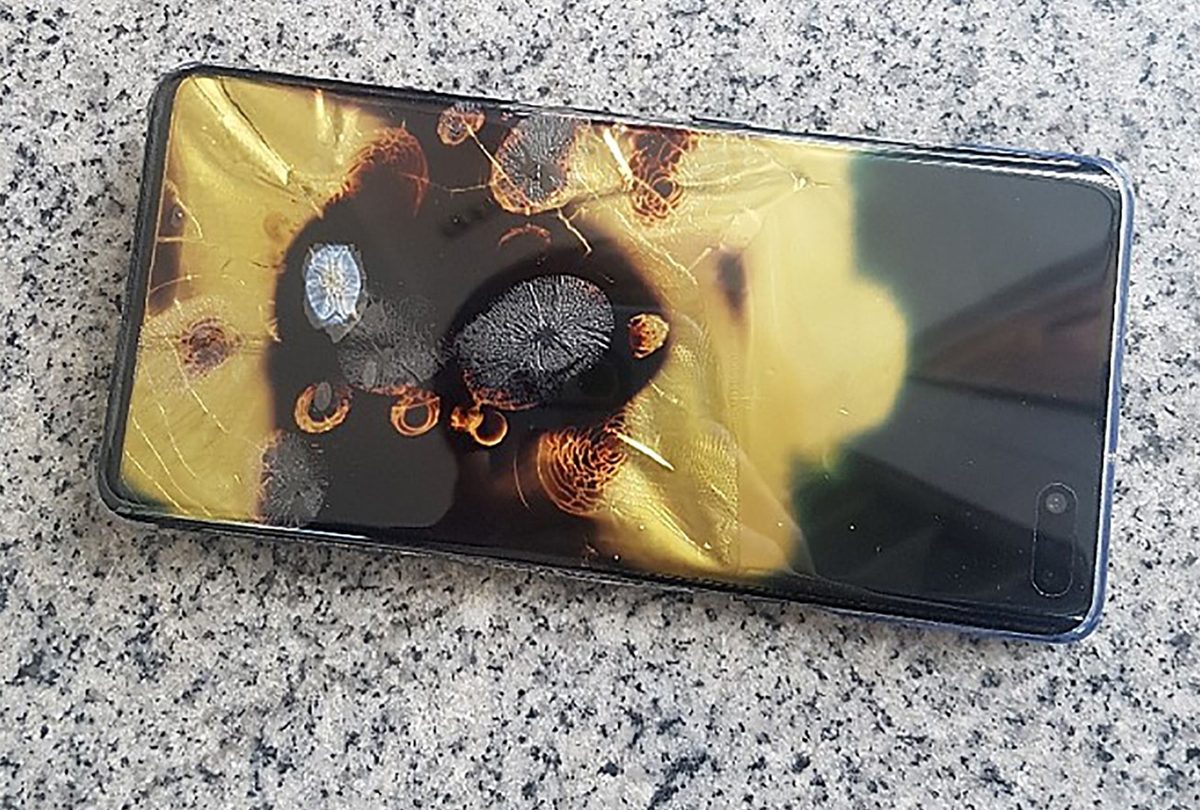 One month after launching the Galaxy Note 7 in August 2016, Samsung was forced to suspend sales of the flagship phone when a manufacturing defect was discovered in its batteries that caused them to generate excessive heat and occasionally light on fire. After more problems were reported with the first batch of replacements, Samsung issued a second recall, and ceased production of the Galaxy Note 7 altogether, once and for all.

The catastrophic episode resulted in the company implementing a new eight-step testing and inspection process for its batteries in all future devices, and in the years since, there haven’t been any widespread issues of note. But even isolated incidents are enough to set off alarm bells following the Note 7 debacle.

This week, a South Korean Galaxy S10 5G owner posted photos of the phone scorched beyond recognition. He says  that he hadn’t done anything that would cause the S10 5G to combust, claiming it burnt “without [reason].”

“My phone was on the table when it started smelling burnt and smoke soon engulfed the phone,” the S10 5G owner, who asked to be identified by his last name, Lee, told AFP. “I had to drop it to the ground when I touched it because it was so hot.” He then added that “everything inside [the phone] was burnt.”

Samsung, unsurprisingly, refused to refund Lee for his ruined phone. The South Korean company told AFP that the damage to the phone was the result of an “external impact,” not an internal issue. Details surrounding the incident are rather scant from both Samsung and Lee, so until more comes of this, it’s hard to say whether or not the Galaxy S10 5G is actually problematic. That said, this is the first such burnt S10 5G we’ve heard of.

Dune: Part Two is officially happening and here’s when it’ll be released