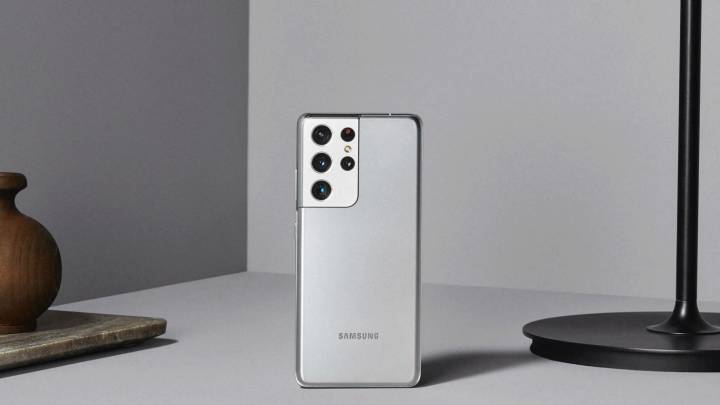 The Galaxy S21 Ultra might be the best Samsung phone of 2021 so far, but it’s hardly the Samsung phone most people will buy this year. Not even the cheaper Galaxy S21 phones are selling that great, even though they’re significantly more affordable than last year’s basic Galaxy S20 models. Samsung already launched a trio of Galaxy A series phones only a few weeks ago, including the Galaxy A52, which will likely become the best Galaxy phone of the year. The Galaxy A51 won that title last year. While the A52 is a decent mid-range phone that’s probably one of the best affordable Androids one can consider right now, Samsung just unveiled another Galaxy handset that some customers might appreciate. The Galaxy Quantum 2 sports flagship specs as well as a feature that’s unlike anything seen in that many other devices.

The Galaxy Quantum 2 is the successor of last year’s Galaxy Quantum and a phone that’s currently available only in South Korea, where Samsung and SK Telecom have just announced it, per The Verge. The phone is Samsung’s second handset with built-in quantum cryptography technology to secure encryption.

Unlike other Androids, Quantum 2 features a custom cryptography chip made by ID Quantique. The chip is a 2.5mm square that’s the world’s smallest quantum random number generator (QRNG). The processor “allows smartphone holders to use services that require security in a more safe and secure manner by generating unpredictable and patternless true random numbers,” the carrier said.

Here’s how the QRNG chips from ID Quantique work, according to the company:

At its core, the QRNG chip contains a light-emitting diode (LED) and an image sensor. Due to quantum noise, the LED emits a random number of photons, which are captured and counted by the image sensor’s pixels, giving a series of raw random numbers that can be accessed directly by the user applications. These numbers are also fed to a random bit Generator algorithm (RGB) which distills further the entropy of quantum origin to produce random bits in compliancy to NIST 800-90A/B/C standard.

The QRNG chip should make the phone even more secure than other devices, as Quantum cryptography makes it more difficult for someone to remotely hack the handset. Direct access to the handset would be required. The chip will work with apps that use the Android Keystore APIs. SK Telecom says the handset works with apps including Shinhan Bank, Standard Chartered Bank Korea, and T World. In the future, it should also work with Samsung’s own credit cards and other apps that benefit from increased security.

Aside from the quantum cryptography chip, the phone offers users impressive hardware that is slightly better than a Galaxy S10+ handset from 2019. We’re looking at a 6.7-inch OLED display with 120Hz refresh rate and in-display fingerprint sensor and a Snapdragon 855+ processor. The difference is that the Galaxy S10 phones shipped with a regular 60Hz screen and a slightly slower Snapdragon 855 chip.

The Quantum 2 also features a 64-megapixel primary sensor, compared to the Galaxy S10’s 12-megapixel main camera. On top of that, the Quantum 2 will sport 5G connectivity, a feature not available to any 2019 Samsung flagship.

The Quantum 2 will start selling in South Korea on April 23rd for an unspecified price, although preorders should start on April 13th. But that might not be the only country where the handset is available. Various reports said recently that Samsung is readying a Galaxy A82 phone which would feature the 2019 Snapdragon 855 flagship processor. The Quantum 2 appears to be the Galaxy A82.

It’s unclear at this time when the Galaxy A82 will launch in other international markets and whether it’ll sport the same QRNG encryption chip. The Galaxy A Quantum launched internationally as the Galaxy A71 without the extra security chip.