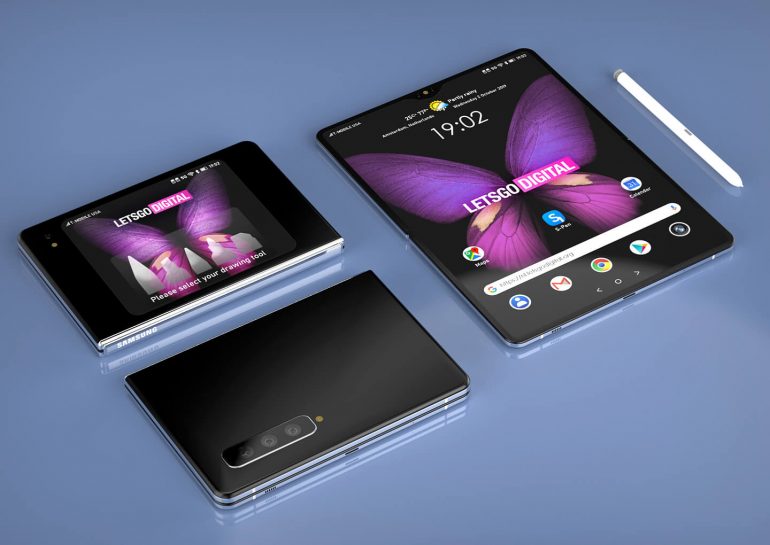 It looks like Samsung may be about to release a new Galaxy Note handset that fans of the series aren’t exactly clamoring to get their hands on.

Based on a newly discovered patent filing, as well as a recent report from South Korean website The Elec, Samsung seems to be teeing up a second-generation Galaxy Fold with a bigger display. Only, it sounds like this one will essentially be a new Galaxy Fold in name only. This new foldable would include support for the S Pen and apply it to what for all practical purposes is the design of a Galaxy Note — the critical distinction being that it would be one that, you know, also can be folded.

The new device could be launched as soon as later this year and is reportedly under development now, with an assumption that Samsung has already started ordering parts to support the addition of an S Pen to its next foldable.

Adding support for this expectation is the publication in August of a patent Samsung filed with the US Patent and Trademark Office which depicts a foldable Samsung phone that can be folded back to have the display be on the outside (h/t LetsGoDigital).

The focus of this patent, however, is related not so much to its foldability but to the input mechanism. What it reveals is that Samsung seems to have perfected the ability to register input from a finger and/or a stylus, even when applied to the fold line on the display.

Why does that matter? Well, one use case for this would be if the user wants to use a stylus to drag an icon from one half of the foldable screen past the fold line over to the other half of the display. As envisioned by this patent, the user could also write across the folding line if they wanted to.

It’s all interesting to ponder, for a few simple reasons. Samsung has made it clear it wants foldable devices to be a thing, even if they remain at best a niche product with barely any fans at the moment. Its first attempt at the form factor, the Galaxy Fold, has been poorly received in the marketplace. Galaxy Notes, on the other hand, have legions of fans — so perhaps the thinking here could be to press forward with new foldable concepts that also try to couch themselves in the branding and style of designs that users already love? That’s still a long-shot, but perhaps offering consumers something like a Galaxy Note that folds might be slightly better regarded in the market than a completely new device (like the Fold) where the signature feature is this strange new design element. Not that we’re optimistic yet, of course, about either of those scenarios resulting in a hit for Samsung.