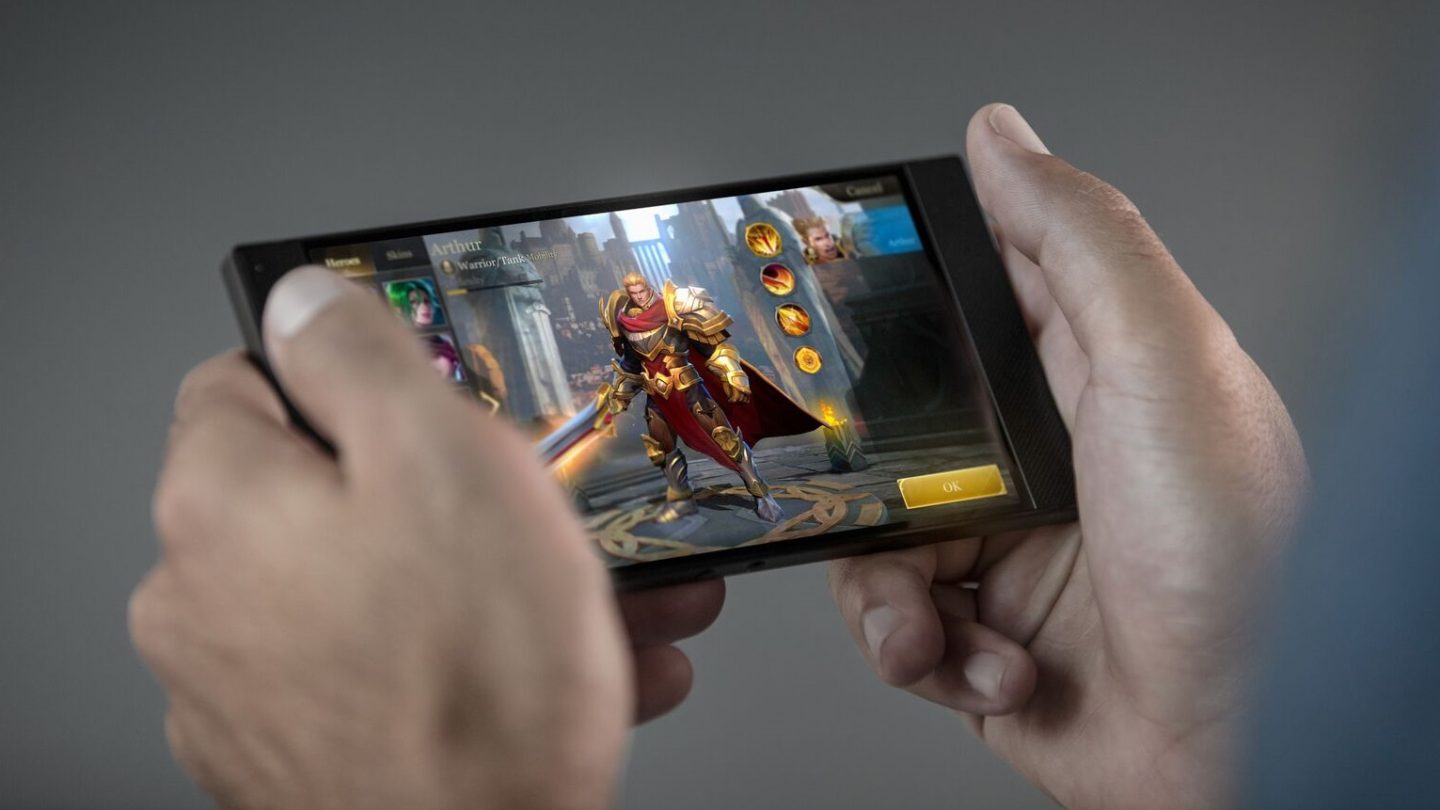 Late last year, Razer released its first smartphone, the creatively-named Razer Phone. Everyone was a little skeptical that a company best known for making headsets and keyboards could take on Samsung, but as it turned out, the gaming-focused Razer Phone is exactly what the new generation of Fortnite addicts needed. The phone was a hit, and just a few days ago, Razer announced in an earnings call that it’s working on a follow-up.

From Razer’s statement, we didn’t get any clues about what the Razer Phone 2 (hey, it’s better than iPhone XS Max!) would look like, but thanks to a supposed benchmark on AnTuTu, we now have a good idea about what might be inside.

AnTuTu says that when searching through its benchmark data, it found one test for which “background data shows that this machine is a new model of the Razer Phone 2.” The specs sheet shows a Qualcomm Snapdragon 845 processor with Adreno 630 graphics, 8GB of RAM, 512GB ROM, and Android 8.1. Those specs are precisely what we’d expect from a flagship smartphone launching in 2018, particularly one that’s focused on gaming. The Snapdragon 845 is the standard processor for any high-end Android phone, and 8GB of RAM is on the upper end, although rapidly becoming normal for expensive new phones.

According to AnTuTu, the Razer Phone 2 also “inherits the previous generation of Sharp IGZO screen with a resolution of 2560×1440p, supports Qualcomm Q-Synce display technology, and the screen refresh rate can be as high as 120Hz, which ensures that the player can make the touch screen operation smoother during the mobile game. Fast, in short, allows game action feedback to keep up with your hand speed, fully embodying player technology. However, it is temporarily unknown whether the Razer Phone 2 will adopt the “Liu Haiping” or “Water Drop Screen” design.”

The screen was the selling point on the original Razer phone. From our review:

The AnTuTu score was 283397, which puts it right near the top of AnTuTu’s leaderboard, right behind the Galaxy Note 9. It’s also beaten out by the Oppo Find X, Vivo Nex S, and Mi Black Shark. But considering that the Razer Phone 2 benchmarked is undoubtedly a pre-release version that hasn’t been fully optimized yet, that score still has room to go up.