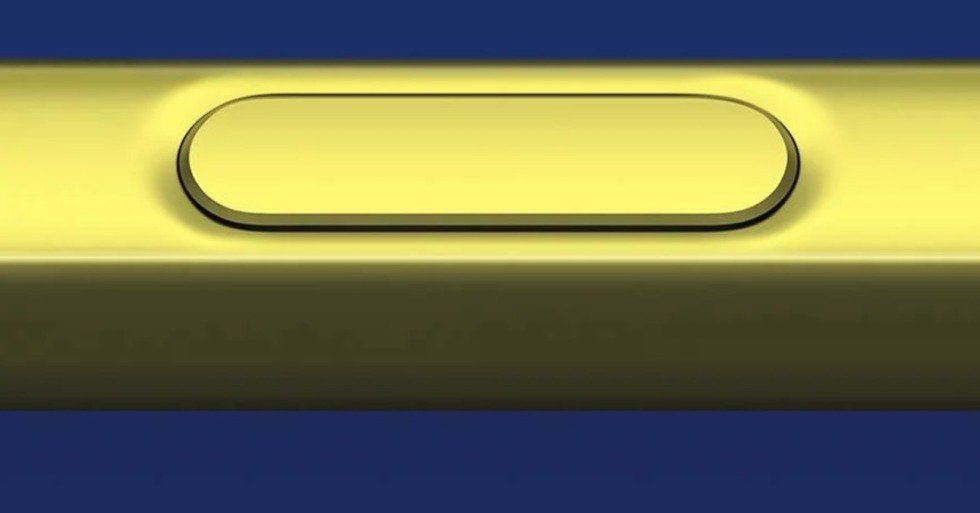 In just a few weeks, Samsung will take the wraps off its newest Note model during a press event that will take place in New York City. The phone will be an almost identical copy of the Galaxy Note 8, although that’s not a bad thing. In fact, when it comes to hardware, the Galaxy Note 9 will offer the best specs an Android phone could offer.

Yes, the strategy is similar to what Samsung did with the Galaxy S9 earlier this year. But the new Note 9 will have at least one exciting new feature, according to official Samsung documentation.

When Samsung issued press invites for the Note 9 event, the company used the somewhat mysterious image above. I say somewhat because it can only be an S Pen stylus. Yes, it has a button, and yes, it comes in an unexpected color.

The focus appears to be on the Note 9’s stylus, and documentation Samsung filed with the FCC, spotted by Droid-Life, reveals that the S-Pen will indeed have a feature like no other stylus before it: Bluetooth connectivity.

How is that exciting? Well, adding Bluetooth support to the stylus makes it compatible with a bunch of devices, not just the Note 9.

Well-known Samsung leaker Ice Universe chimed in earlier this week with details about the potential features of the new S Pen. It’ll be used to control music playback and timers, among other things. And who knows, the button can be used to wake up Bixby without having to hold the phone in your hands.

The Galaxy Note9 SPen can be used to control long-range self-timer, control music playback, because it is a Bluetooth device, it will do something unrelated to the pen. pic.twitter.com/WPS83xUskq

On top of that, the S Pen could be paired with other devices that can use a stylus, or that have features that can be easily controlled with the help of the button.

There is a downside to this. Being a Bluetooth device, the S Pen will have a battery of its own which will make it just a tad heavier. But the extra weight isn’t it. The S Pen will have to recharge somehow, and I’m guessing the easiest way to do it is when it’s put back inside the phone. That means the more you use the stylus, the more battery life it’ll steal from the phone. This is just speculation from yours truly at this point.

That said, rumors say the Galaxy Note 9 will have a 4,000 mAh battery, which should be enough to deliver excellent battery life and support all the S Pen recharging one might desire.