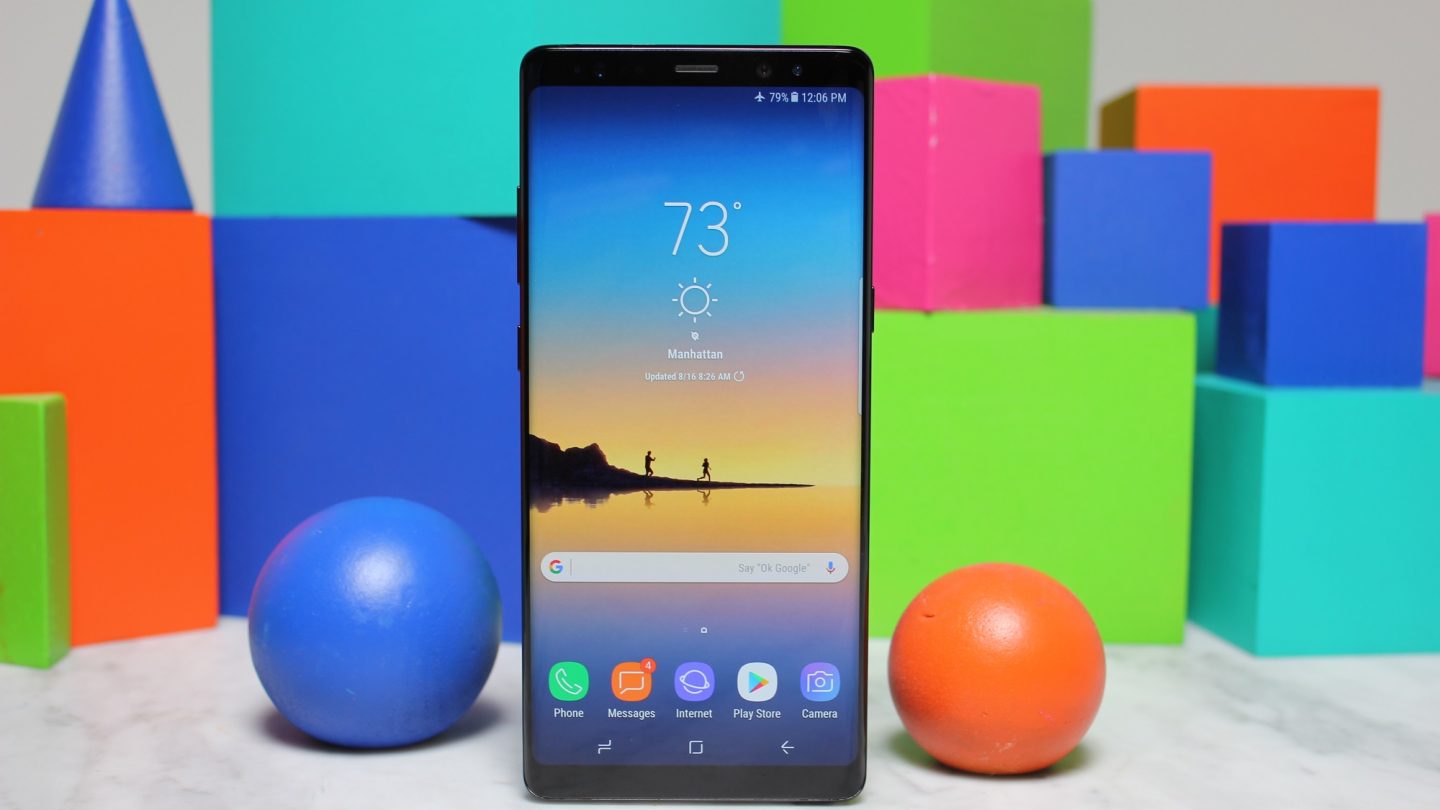 Following up the disaster that was the Galaxy Note 7 was never going to be easy for Samsung. After recalling the phones, going on a year-long apology tour and having to cope with the fact that everyone who flew anywhere was going to have a hear a message about how they wouldn’t be allowed to bring a certain Samsung phone on the flight, the company still had to release a worthy successor to the Note 7. After getting my hands on the Note 8, I am happy to confirm that Samsung passed with flying colors.

I think it’s fair to say that the Galaxy Note 8 is the culmination of Samsung’s smartphone strategy in 2017. At a glance, it’s nearly impossible to tell the difference between the Note 8 and the S8+ — a byproduct of the bezel-less era that we’ve entered — but the Note 8 is a step up in so many ways.

Measuring in at 6.3 inches, the Quad HD+ Super AMOLED Infinity Display of the Note 8 is both stunning and responsive. As the leaks revealed, the corners of the display are slightly less rounded on the Note 8, which gives off the impression that there’s even more real estate to work with. And Note 8 owners will need every centimeter they can get in order to take advantage of the phone’s unique features, many of which revolve around the new and improved S Pen accessory.

The S Pen stylus has long been a signature feature of the Note brand. For the Note 8, Samsung has upgraded the accessory with a finer tip (0.7mm) and improved pressure sensitivity. Along with improving the hardware, Samsung has also added some compelling new functionality to support the S Pen, such as Live Messages. Note 8 users will be able to craft a handwritten message with the S Pen, add a variety of special effects and send it to any other phone or share it on a social app as a GIF.

Samsung has also taken advantage of the phone’s always-on display by giving the surprisingly useful screen off memo feature a boost. With screen off memo, you can take notes on your Note with the S Pen without ever unlocking your phone, and on the Note 8, Samsung has increased the maximum number of pages to 100. At the meeting to preview the Note 8, my pen actually ran out of ink, which would have been the perfect time for me to pull out a Note 8 and continue taking notes.

Finally, Samsung has enhanced the S Pen’s Translate feature as well, allowing Note 8 users to translate entire sentences at once rather than just words. This feature currently supports 71 languages.

As intrigued as I was by the new S Pen, the camera stole the show. Samsung claims that the Note 8 is the first smartphone to feature two 12-megapixel rear cameras with optical image stabilization (a wide-angle camera with an f/1.7 aperture lens and a telephoto camera with an f/2.4 aperture lens), and though the location of the meeting wasn’t the optimal location for testing it, I have little doubt that the Note 8 will be a top contender for the best smartphone camera of the year.

Beyond the specifications, Samsung has added a few new features to the camera suite as well. Live Focus will almost certainly receive the most attention, allowing Note 8 users to control the depth of field in order to add a bokeh effect to a photo both before taking the shot and after the shot has been taken. Not having to think about the depth of field in the moment is a major improvement.

Another way that Samsung is taking full advantage of the dual cameras is with Dual Capture mode, in which both the wide-angle camera and the telephoto camera capture a photo at the same time. You can keep both images, so you’ll have one shot focused on the subject and another with a greater frame of reference. As much control as we like to have over our photos, taking these kinds of decisions out of our hands (unless we decide to turn the features off) is an incredibly smart move.

With 6GB of RAM and a 10nm processor, the Note 8 will arrive as one of the most powerful phones on the market. As someone who has stuck with an iPhone 6 for the past three years, virtually any modern phone feels lightning fast, but the Note 8 is genuinely a step up. It should be able to handle anything you throw at it for the foreseeable future, which is a pleasant change of pace for me personally.

But aside from the specs and the feature, the Galaxy Note 8 is just an exceptionally well-made device. It’s thinner and lighter than you would expect from a 6.3-inch phablet, the curved back fits nicely in the palm of your hand, and for the limited time I had with it, the Note 8 was a joy to use.

Preorders for the Galaxy Note 8 open up tomorrow, on August 24th, with the phone set to go on sale on September 15th. Anyone who preorders the phone before September 15th will be able to pick between two preorder bonuses: a Gear 360 camera or a 256GB microSD card and wireless charger. In the US, the phone will be available in Midnight Black and Orchid Gray color options. Samsung also plans on offering the unlocked version of the phone on launch day.