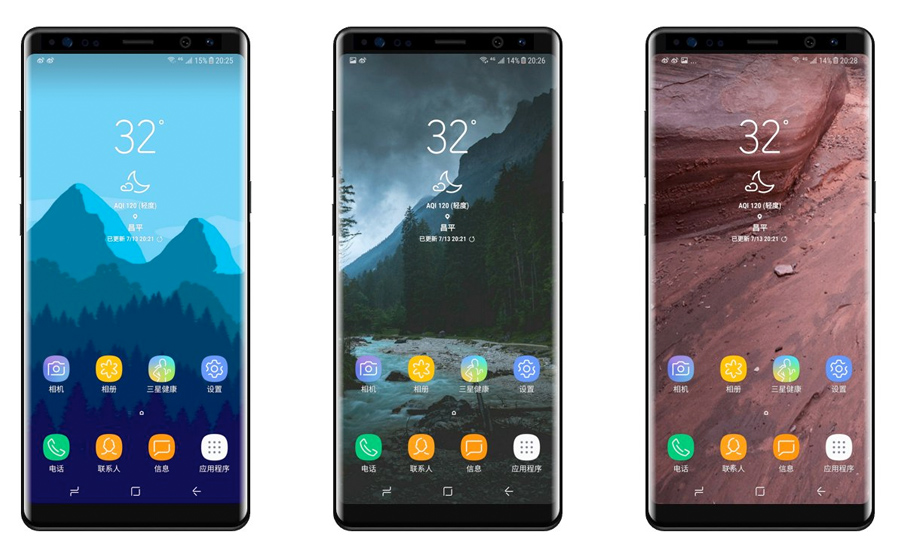 Samsung’s highly praised Galaxy S8 did two things: It satisfied Android fans who wanted a mid-sized gorgeous phone with lots of power, and it made us even more hyped for what the company might do with the inevitable Galaxy Note 8. Now, with a few weeks yet to go before we expect to formally see the Note 8 revealed, we are getting out best look yet at the fantastical phablet, and it’s even more gorgeous than the myriad of leaks, rumors, and renders could have prepared us for.

The images, which appears to have originated on the Twitter account of a noted leaker, shows what certainly looks like official Galaxy Note 8 press photos for the Chinese market. The phones appear to be identical in layout and design to the many leaked renders and schematics that have populated the rumor mill as of late, and the much-touted Infinity Display is there in all its glory.

Yes, this is Note8. pic.twitter.com/ieQzwmpT2O

The only unfortunate thing about this unofficial preview is that we don’t get a glimpse of the rear of the device. We’re expecting a dual-lens setup, and leaks from case makers have supported that notion for months now.

The front of the phone, as we see it in these new images, is practically all screen, and while we expected as much in the wake of the S8, it’s still somewhat awe-inspiring to see what appears to be as close to the finished product as we can get. The Note 8 is expected to be announced in a few weeks, with the formal launch likely to take place very shortly thereafter.