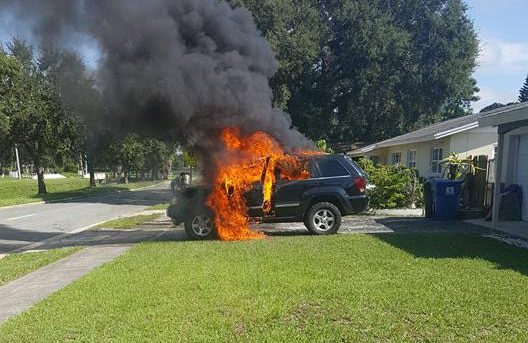 There are two major things happening in the mobile world right now, and they both favor Apple. The iPhone 7 and iPhone 7 Plus are about to launch, and some carriers already expect record sales. Meanwhile, Apple’s main rival is dealing with a massive Galaxy Note 7 problem that’s been getting worse and worse for the company with each passing day.

We were so busy focusing on Apple’s announcements last week, which came just a few days after Samsung announced its unprecedented Galaxy Note 7 recall, that we missed Apple’s brilliant reaction to the exploding Galaxy Note 7.

Are you ready for it? There was none. Apple didn’t make fun of Samsung in any form or fashion for the terrible design flaw that forced it to recall 2.5 million smartphones. Think about that for a second. Apple didn’t take a single free hit at Samsung. It didn’t make any jokes when presenting the battery improvements of the iPhone 7 and iPhone 7 Plus. And if there was a place to laugh at Samsung, that would have been it.

Instead, Apple pretended like there was no Samsung Galaxy Note 7 recall disaster to mock. And it showed a lot of class given that exploding phones are no joke. These potentially harmful incidents happen to every smartphone maker, Apple included. The scale is a lot smaller though, as it’s very rare to hear that an iPhone’s battery exploded.

Even better, Apple actually pretended there was no Samsung. Or Android. It didn’t even compare iOS to Android anymore. Tim Cook’s iPhone 7 event was only about Apple.

Motorola, however, took advantage of Samsung’s vulnerability just as Apple chose not to kick a Samsung when it’s down. “At Moto, our priority is safety first. Unlike some manufacturers, we adhere to the highest standards in quality and testing of all our batteries,” Motorola said in some marketing materials.

Now think about what Samsung would’ve done instead. Samsung called Apple out for killing the headphone jack even before the iPhone 7 was official. And it did it while announcing the Galaxy Note 7. It constantly makes fun of Apple’s iPhone in its own events and in ads. I’m willing to bet a few rare Pokemon that Samsung would have made the most of an iPhone recall due to faulty batteries to promote its safe Galaxy alternatives, and hit Apple in the process.

Apple, on the other hands, lets its products speak for themselves.