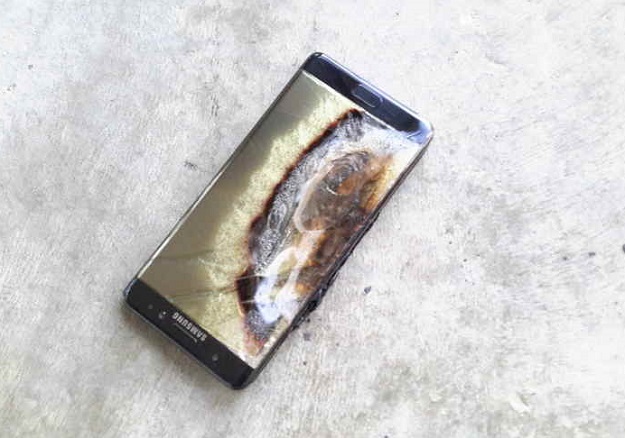 Safety implications aside, this has to be the greatest and most hilarious story of comeuppance we’ve seen in a long time in consumer tech.

Xiaomi, for those unaware, is a China-based smartphone startup that has found tremendous success in the cell phone market. In the company’s early days, it launched inexpensive, relatively high-quality Android phones that looked like iPhones. In fact, it shamelessly copied every move Apple made. It even once launched a phone by having an executive in jeans and a black mock turtleneck host a press conference. Seriously, we’re not joking.

Then, Xiaomi moved on and started to copy everything Samsung did, too. It launched nice big phones that mirrored Samsung’s nice big phones, and it even has a line of phablets with built-in styluses. But now, Xiaomi has taken things a step too far.

According to a post on Digitimes that relays a report from Taipei-based Central News Agency, Xiaomi has a problem with exploding smartphones. Why is that hilariously ironic? Because Xiaomi built a massive smartphone empire based largely on copying everything Samsung does, and now it’s inadvertently copying Samsung’s exploding Galaxy Note 7 problem that led to a global recall.

The post states that Xiaomi has hired an independent third-party company to investigate reports of two separate incidents involving Xiaomi phones that allegedly exploded. The first was a Mi Max phablet that is said to have exploded on September 5th and caused a fire in the city of Xian. Then the second was a Xiaomi Mi 4C that burst into flames on September 9th while it was in a man’s back pocket, burning his hip.

Xiaomi said that it has compensated the owners of both smartphones involved with these incidents, and it is unclear how long the third-party investigation might take.