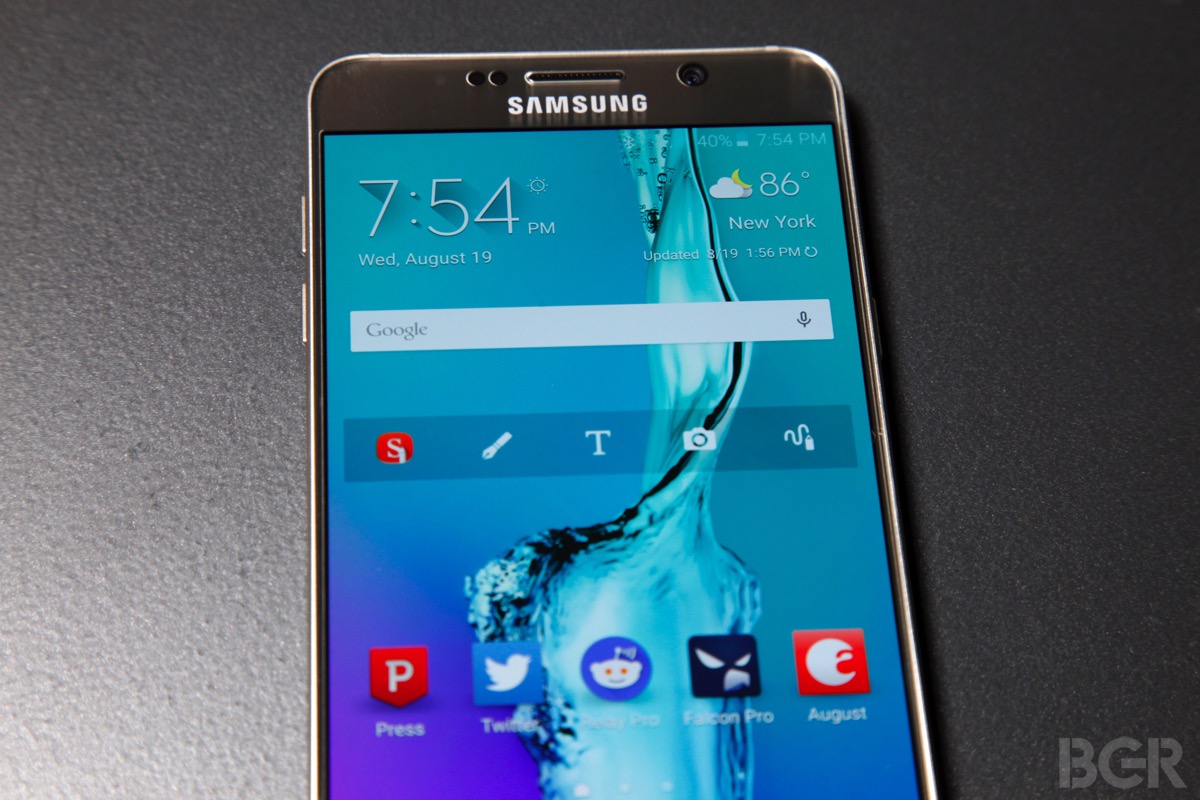 Samsung kicked off an official Android 7.0 Nougat beta program for the Galaxy S7 and Galaxy S7 edge, but these aren’t the only Android handsets that will be updated to Google’s latest mobile operating system. A new discovery on benchmark site GFXBench indicates that the Galaxy Note 5 may soon receive its own Nougat update.

A Galaxy Note 7 running Android 7.0 was found on GFXBench. SamMobile says that Samsung is probably in the final stages of testing Nougat for its 2015 phablet. Apparently, Samsung’s phones are benchmarked running a new version of Android right before a roll out.

A week ago, a Galaxy S6 running a build of Nougat was seen on the same benchmarking site.

That said, there’s no telling when Samsung will roll out Android Nougat to the Galaxy Note 5. Historically, Samsung hasn’t been able to provide timely Android updates to its handsets.

If you’re looking to get a taste of what Nougat will look on the Galaxy Note 5, then all you have to do is check out screenshots from the Galaxy S7’s Nougat build, which is already available to users.