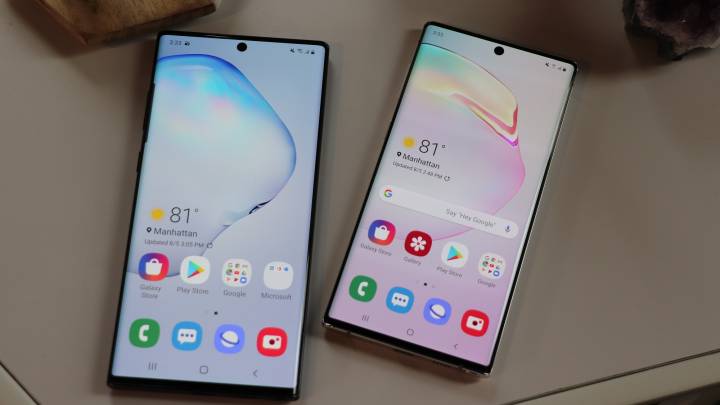 Samsung has just launched two new flagship handsets — the Galaxy Z Flip and the Galaxy S20 — which means that it’s open season when it comes leaks about the next flagship phones set to arrive this year. The first Galaxy Fold 2 and Note 20 rumors are already here, and we have two reasons to get excited.

While it may be too early for Samsung to confirm anything, the company is notorious for its inability or unwillingness to prevent rumors. For a few years now, we’ve known everything about the upcoming Galaxy S or Note handset long before they launched thanks to plenty of leaks and rumors that preceded Samsung’s announcements. The same will probably happen with the Note 20 series, and the closer we get to Samsung’s Unpacked event that will likely take place in early August, the more we’ll know about the phone.

The latest Galaxy Note 20 rumor comes from SamMobile and seems fairly innocuous. The site says that Samsung has started Note 20 development, and one of the Note 20 models (SM-N981) will come with 128GB of storage onboard. “So what?” you might be asking. After all, these are Samsung flagships, not iPhones, which means they should ship with at least 128GB of flash memory, as was the case with the S20 phones.

But Note series fans might remember that the Galaxy Note 10 came with 256GB of internal storage and no microSD support. If this Note 20 rumor is accurate, we might have two reasons to get excited. First of all, a 128GB Note 20 doesn’t make much sense, so Samsung will likely bring back microSD storage.

Regardless of whether there’s microSD support onboard or not, a 128GB Note 20 will certainly be more affordable than a 256GB version. It may be too early for Note 20 pricing details, but the Galaxy S20’s pricing structure hasn’t worked in Samsung’s favor so far. The phones are too expensive, and the first signs are already here — some people may blame the lower S20 sales figures in Korea on the coronavirus, but that’s only part of the story.

That said, it’ll be interesting to see how much the cheapest Galaxy Note 20 will cost this year. The Note 10 started at $899 last year, while the cheapest S10 was priced at $749.