We’re now exactly two weeks and one day from the official unveiling of the Galaxy Note 10 and Galaxy Note 10+, two exciting new flagship phones that… really don’t need an official unveiling anymore at this point. That’s right, just about everything there is to know about these new Samsung phones has leaked, as is the case with all noteworthy smartphones these days. We know what they look like, we know all about the specs, we know that Samsung is finally caving and ditching the headphone jack after mocking Apple for paving the way, we know they’re going to be very expensive, and we know they’re likely going to be released in some markets on August 23rd, just over two weeks after Samsung’s big Unpacked press conference next month.

Despite the fact that nothing Samsung announces during its Galaxy Note 10 event will come as a surprise to those of us who have followed all the leaks, the two upcoming new Note phones are easily among the most exciting Android devices set to be released in 2019. They’ll be among the most powerful new handsets of the year, they’ll be packed with new features, they’ll sport upgraded triple- and quad-lens cameras on the back, and they’ll sport an overhauled all-screen design with a hole-punch camera in their displays. We’ve seen Samsung’s new design leak a number of times now, but a new set of leaked photos gives us what is perhaps our best look yet at how the new Galaxy Note 10 and Galaxy Note 10+ will compare to each other.

Samsung’s Galaxy Note series phones never sell quite as well as its Galaxy S series phones, but in 2019 Samsung is taking a new approach that could certainly help boost sales. For the first time, the company will launch not one new Note phone but two. The Galaxy Note 10 will be the “entry-level” model, while the Galaxy Note 10+ will feature a bigger screen, a few extra bells and whistles, and a steeper price tag. Samsung followed Apple’s lead and with the iPhone XR and launched an entry-level version of the Galaxy S10 earlier this year, and the Galaxy S10e ended up being the company’s best-selling model. It’s not exactly a mystery why, of course, since flagship smartphones have gotten so ridiculously expensive in recent years.

We know that the Galaxy Note 10+ will sport more RAM, an extra sensor in the rear camera array, and a few other key differences, but the biggest thing that separates it from the Note 10 will be the size. The Note 10+ will sport a bigger battery, a bigger screen, and overall a larger housing. But exactly how much bigger will the Note 10+ be? Thanks to a fresh leak, we can see exactly how the two Galaxy Note 10 models compare. 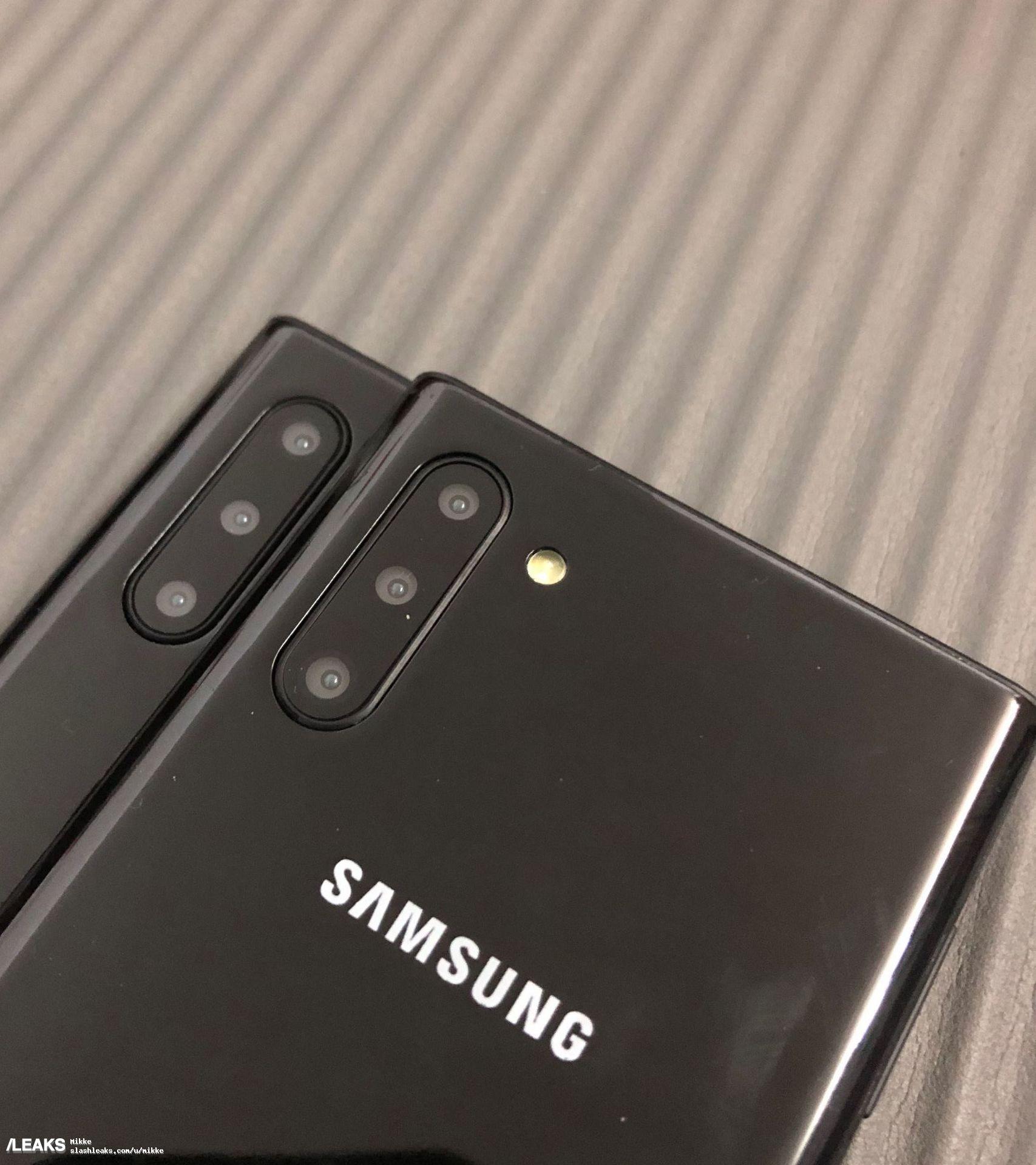 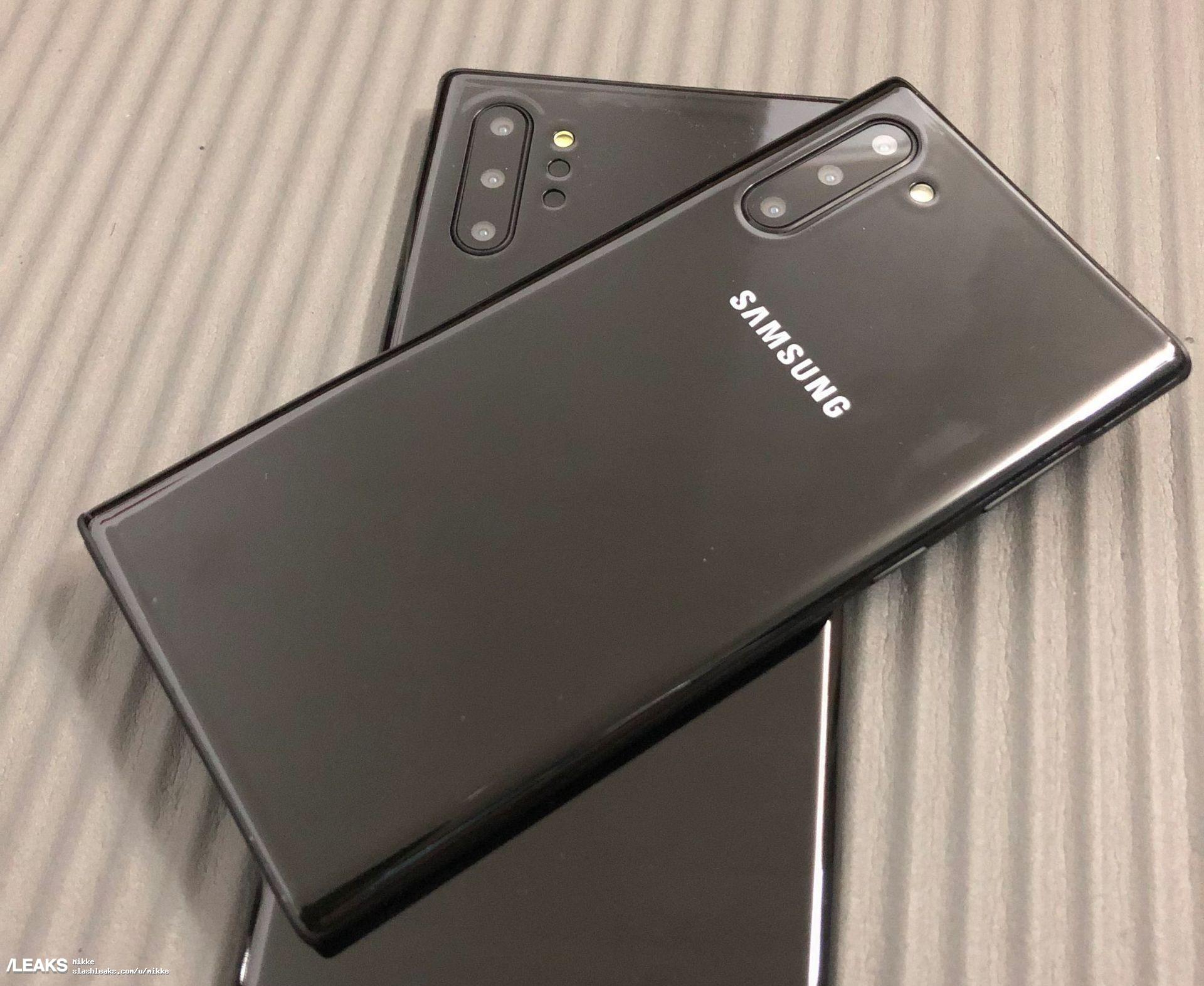 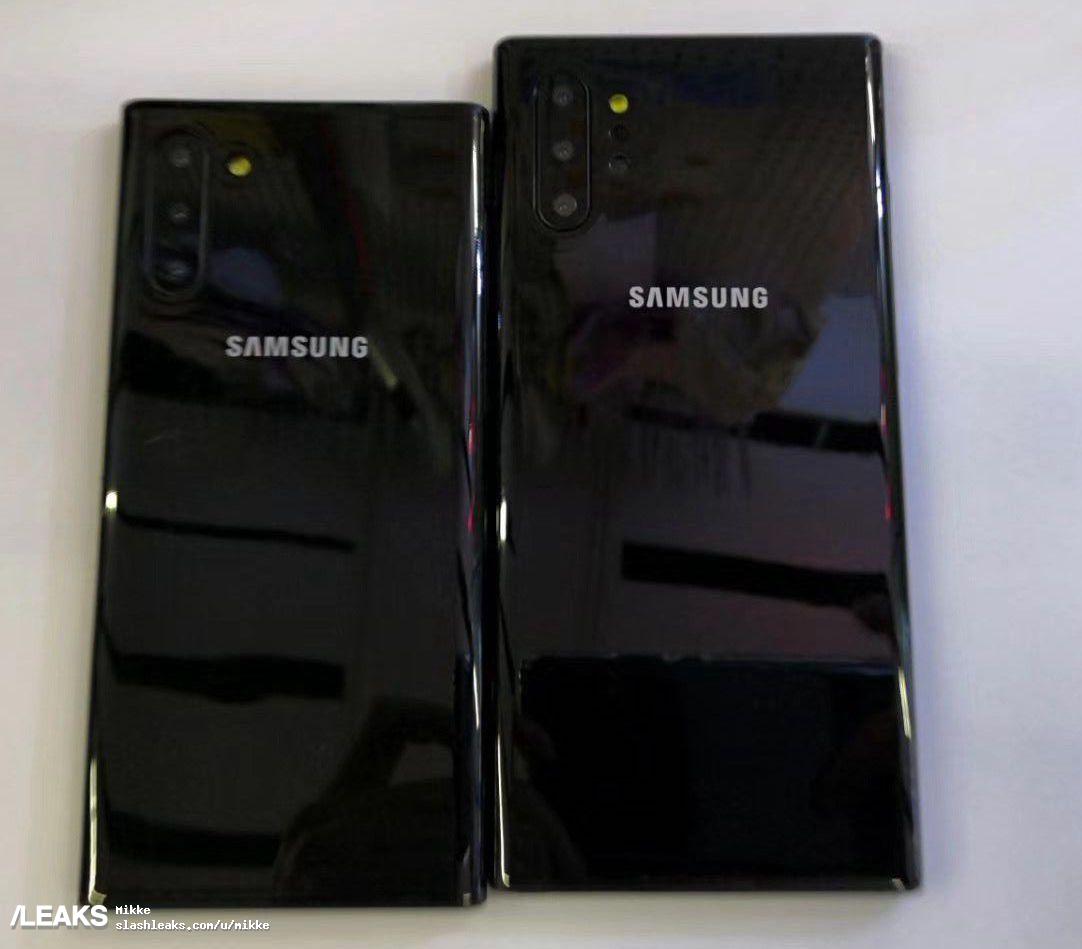 The photos above were posted to gadget leak aggregator Slashleaks on Tuesday morning, and they show mockups of both of Samsung’s new Galaxy Note 10 phones. These aren’t actual working smartphones, mind you, but rather to-scale models based on precise design files that were stolen from the factory where the Galaxy Note 10 phones will be manufactured. In other words, they’re not real Note phones but they are an accurate representation.

As we can see, the Galaxy Note 10+ will be wider and taller than the entry-level Note 10. It also has two extra sensors next to the rear camera, one of which is expected to be a time of flight sensor. The size difference between the two phones is clearly noticeable, but it also looks like the Note 10+ won’t be so large that it becomes difficult to handle. In other words, the only reason to choose the smaller Note 10 over the upgraded Note 10+ will likely be the difference in price, which could be substantial; one rumor suggested that the Galaxy Note 10+ could start at around $1,200.

Samsung will announce the Galaxy Note 10 and Galaxy Note 10+ at a press conference in New York City on August 7th, so there’s still plenty of time for more leaks before these sleek new flagship phones are made official.