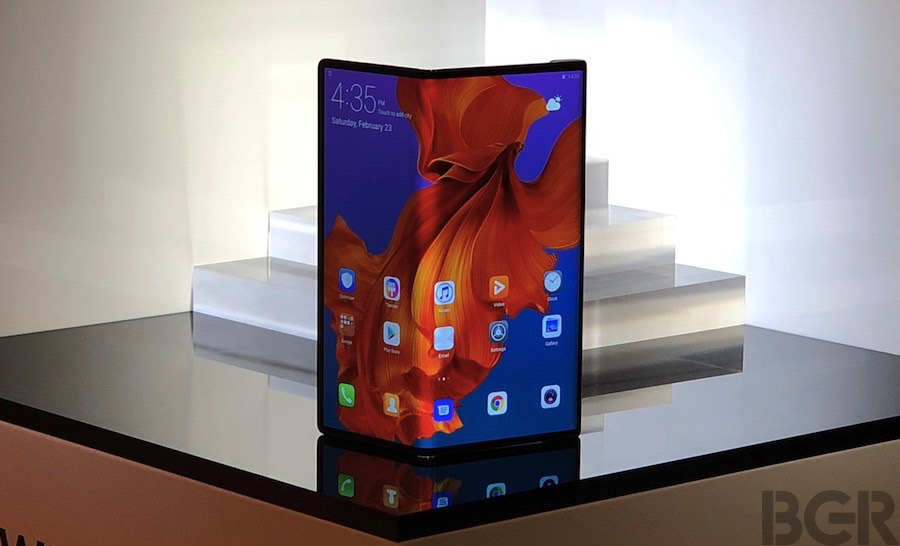 If it wasn’t clear by now, foldable phones are finally a thing this year. They’re an expensive you-can’t-touch-the-prototype kind of thing. Samsung and Huawei have both unveiled two foldable flagship phones last week, the Galaxy Fold and Huawei Mate X, respectively. But it’s the Mate X the one everyone keeps talking about, and that’s because the Huawei phone looks a lot more like the future than the Galaxy Fold. The Mate X appears to be a lot thinner than the Galaxy Fold, especially when you fold it, and features a much bigger foldable display that stays on the outside. The Galaxy Fold folds inwards like a book and appears to be much thicker next to the fold. It turns out there’s a reason why that happens.

During its press event on Sunday, Huawei threw plenty of shade at Samsung when it unveiled the Mate X, as it compared the phone’s display against the Galaxy Fold. The clear winner was, no matter how you fold it, the Mate X. The Huawei phone has a bigger tablet display, with much thinner bezels than the Galaxy Fold — the latter has a camera notch too, which isn’t too pretty. Even when folded, the dual-screen design of the Mate X provides more screen real estate than the Galaxy Fold.   But Samsung is ready to throw some punches at Huawei as well, saying that the Mate X design is the easier way to design foldable handsets.

Furthermore, the reason why Samsung went with a foldable display that folds inwards is that it increases security. Here’s what Samsung UK director of product, services, and commercial strategy Kate Beaumont told The Verge about the Fold’s design:

We considered a lot of options. There’s things like if you want to put a case on it, usability, durability, and we feel that having the screen on the inside is the best way to protect that screen. We have the technology to do a fold that is very very tiny, as of course if you have the fold on the outside it doesn’t take quite the same amount of research and development to get that device to fold as it does something that is folding with a much lower angle degree on it.

Samsung’s message is pretty clear, the Galaxy Fold should be more durable and sophisticated when it comes to design that the Mate X, and any other phone that folds outwards. That may be indeed so, but my eyes keep telling me the Mate X is the best looking phone at the Mobile World Congress this year.

I do agree that protecting the screen of foldable phones like the Mate X will be a challenge, especially considering how strange those cases will be (check the video above). As you can see, the protective case concept Huawei showed on stage blocks one half of the screen, which means you’ll have to take the phone ouf of the case every time you want to use it as a tablet, and then put it back in. From my experience with traditional phones, drops do happen when you take the phone out from a case or put it back in.

That said, neither the Galaxy Fold nor the Mate X can be touched at MWC, and we’re yet to see protective cases out in the wild.