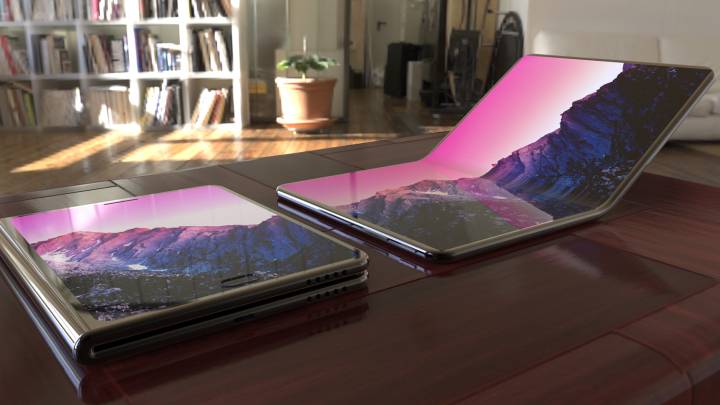 Rouyu Technology will go down in history as the company that was able to beat both Samsung and Huawei when it comes to unveiling the first foldable smartphone in the world. And I’m talking about a real foldable screen, not the kind of “foldable” displays we saw on the ZTE Axon M and similar handsets. Then again, Rouyu Technology’s concept will never be as widely available or as polished as the Galaxy F and Huawei’s own foldable handset.

The demo you’ll see in the following video shows exactly why smartphones with foldable screens sound so exciting. It also shows that smartphone makers will need to come up with convincing user experiences for the device, and make sure these new devices offer top-notch quality.

This is the "world's first foldable screen phone" released by Rouyu Technology, which will use the Snapdragon 8150 processor, but its design is very rough, just to seize the "first", this is a futures product. pic.twitter.com/M0v9o2z0Bw

Here’s a longer version of the video:

You might not understand the person showing off the device, but the video of the handset in action is enough to tell us the full story.

As you can easily see, the display seems very plasticky when folded out. It’s also very glossy, which could be a problem. Yes, you get a tablet-like interface that works in both portrait and landscape modes, but the display doesn’t appear to offer a good experience at all when it comes to touch and navigation. Just look at how the light bounces off the surface of the screen. That means the surface isn’t as smooth and even as you’d expect from any smartphone or tablet display.

When you fold the device, the screen stays on the outside, and you should be able to seamlessly switch between the front and back displays. One of them has a huge bezel, which is where the dual-lens camera assembly resides.

The experience, however, is far from being polished, and you’ll notice some lag and jitter when apps have to switch to a new screen mode.  Not to mention that the device doesn’t seem to be pocketable, which is the whole reason to make foldable devices in the first place.

What’s interesting is that the unnamed device is powered by Qualcomm’s Snapdragon 8150, which happens to be the new marketing name for the Snapdragon 855 flagship platform that will power phones like the Galaxy S10, OnePlus 7, Pixel 4, and every other hot Android phone coming out next year.

With all that in mind, if an unknown company (at least to Western markets) like Rouyu Technology can create this particular device right now, then we should be seriously excited about what giants like Samsung and Huawei are going to be able to do.

Next year, CES and MWC will have at least three smartphone brands releasing foldable phones (not including Samsung), but I want to emphasize that the first ones are not necessarily the best.

Ice Universe also said on Twitter that CES and MWC will bring us at least three foldable devices, not including Samsung’s gadget that will be unveiled next month at Samsung’s SDC18 developer event.