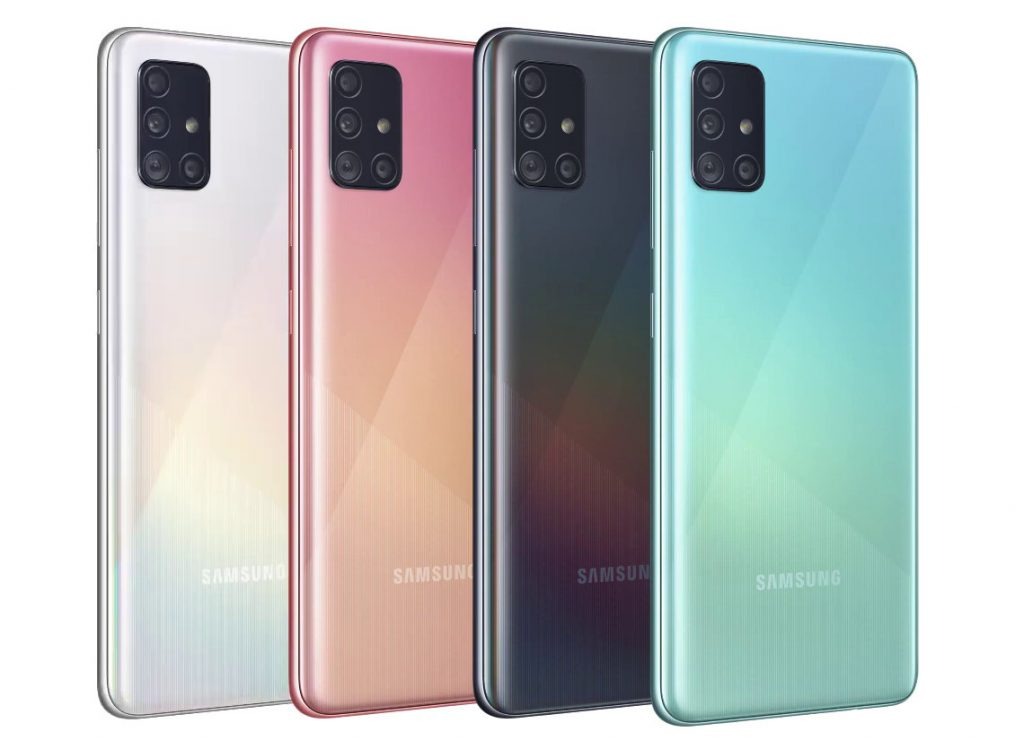 Last year marked a significant shift in Samsung’s smartphone launch strategy, as the Korean giant decided to prioritize innovations for mid-range devices rather than flagships. Before that, flagship phones like the Galaxy S and Galaxy Note would be used to introduce brand new features that would eventually trickle down to the more affordable Galaxy models. But Samsung is using phones from the relatively new Galaxy A series of handsets to parade new handset features that would be then upgraded and moved to the upcoming flagship phones. We saw it happen last December when a series of phones practically confirmed the rumored Galaxy S10 design, and it just happened again, this time for the Galaxy S11.

Last year, the Galaxy A8s was Samsung’s first phone to sport a hole-punch display. The phone featured an all-screen LCD display with a camera hole piercing through it, as seen in the following image. That was Samsung’s first Infinity-O screen, and the design was then applied to the Galaxy S10 and Note 10 series. Similarly, other Galaxy A devices launched in late 2018 — but also the A8s below — featured multi-lens rear-facing camera setups that included up to four cameras. The S10 and Note 10 also got multi-lens camera systems.

This brings us to Samsung’s newly launched A51 phone that was heavily featured in rumors and leaks in the past few weeks.

The phone features an all-screen display with a hole-punch camera placed in the center, just like it was the case for the Galaxy Note 10. The Galaxy S11 is rumored to use the same type of design. The S11, of course, will feature curved display edges, whereas the Galaxy A51 has a flat screen. The Galaxy S11e is also going to have curved edges, a series of leaks said recently.

More interestingly, the Galaxy A51 features a bulky quad-lens rear-facing camera system that looks, unlike anything Samsung has done before. Samsung went for a large, rectangle-shaped camera system that reminds us of the iPhone 11 and Pixel 4’s square rear cameras. The Galaxy S11 is already rumored to make use of the same camera design, with the Galaxy S11 phones expected to feature anywhere from three to five lenses.

Samsung will not unveil the Galaxy S11 (unofficial render above) until mid-February, but the Galaxy A51 is proof that the company is ready to further refine the Galaxy S10 and Note 10 designs to offer better experiences to buyers. The new mid-range phone shows that Samsung has finalized the designs of these late 2019 Galaxy A phones, and the same assembly lines will likely be used for next year’s first flagship.

The Galaxy A51 will hit emerging markets first, Tutto Android notes, retailing for around €310 ($345) in Vietnam on December 27th.