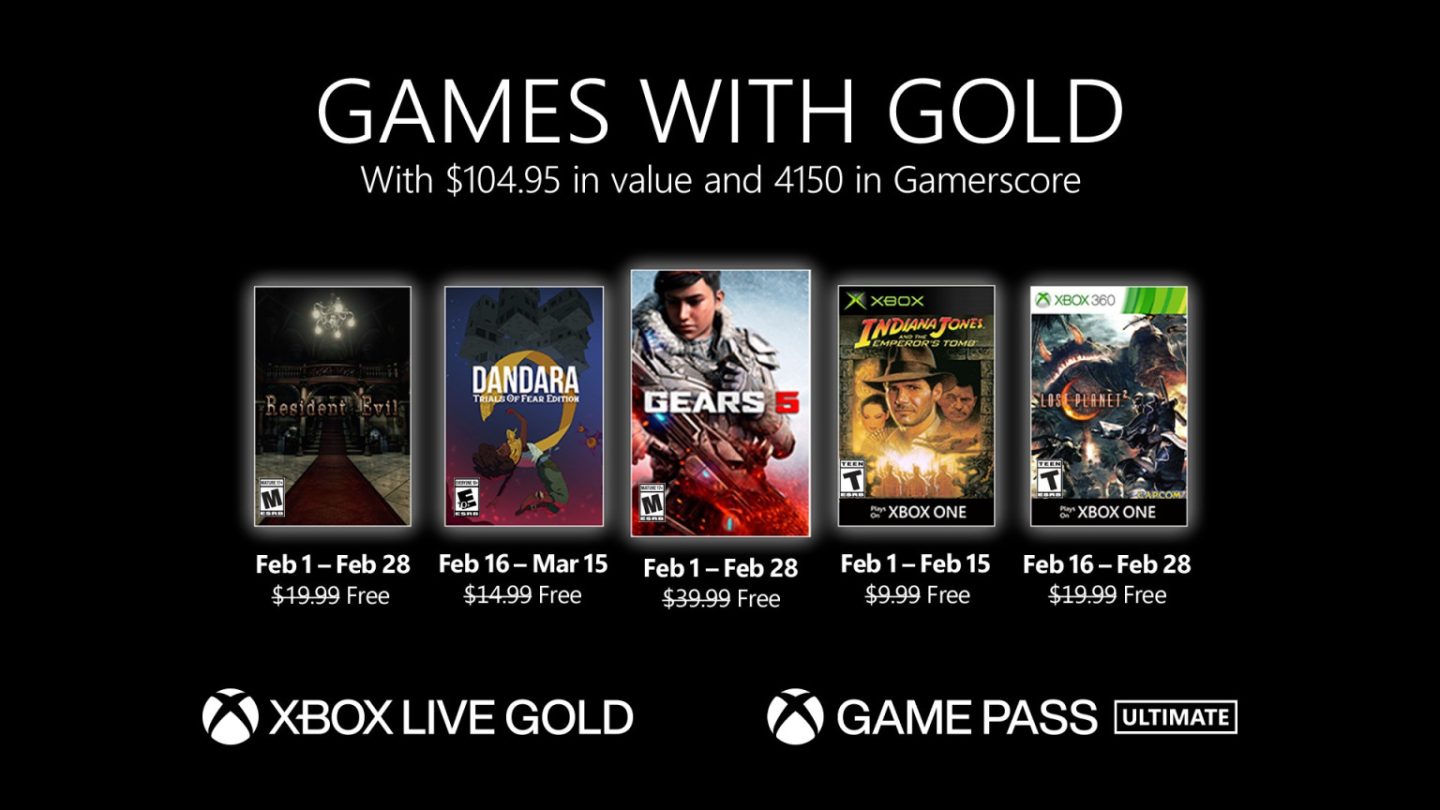 On the same day Microsoft announced it would effectively double the price of Xbox Live Gold by bumping the price of the subscription service up to $60 for 6 months, we also learned which games will be coming to the Games with Gold program for free in February. It appears that Microsoft wanted to soften the blow of the price hike somewhat, as this is the first genuinely solid selection of free games in months, with Gears 5 leading the way, alongside four other great games, including Dandara, which was one of our favorite games of 2018.

Here are the details on the availability of all the free Xbox Games with Gold for February 2021:

You’ll save over $104 if you pick up all four games, and can add up to 4150 points to your gamerscore. Also, keep in mind that all of the Xbox 360 titles are backward compatible with the Xbox One and Xbox Series X|S, so even if you don’t have an Xbox 360, you can still download all of the games listed above. Some of last month’s free games are still available if you hurry, so be sure to download them before the promotion ends.