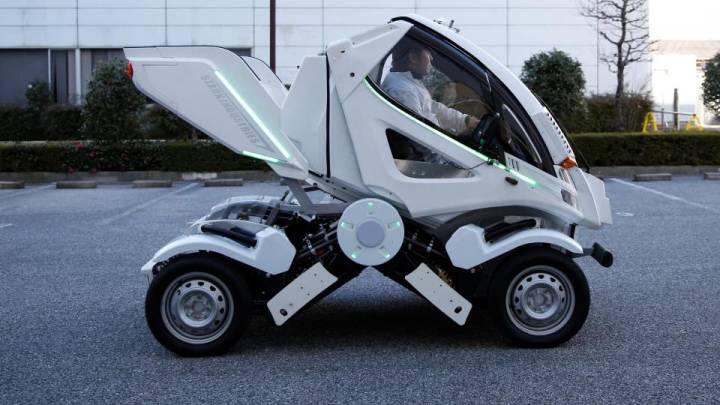 It’s incredibly ugly, very expensive, and not certified to run on public roads right now. But the Earth-1, inspired by “Transformers” toys, is meant to help drivers park virtually anywhere.

We’re looking at a two-seater vehicle that folds into an even smaller vehicle that’ll fit into the tightest spaces. It’s like a scooter that somehow grows into a Smart car, and the designers want to make it a very buyable reality.

A video from Business Insider shows an Earth-1 prototype in action.

Designed in Japan by Kunio Okawara, a designer known in the country for the Gundam robot anime, the Earth-1 car should be approved to run on roads by March.

The car costs as much as a high-end Lexus, at $70,000, but the price won’t necessarily drive buyers away. So far, the Four Link Systems company that’s building it accepted some 30 orders from clients in various markets, including Japan, China, and Dubai.

The company plans to make 300 cars a year for use in airports and in tourist spots around the world.

“We developed a vehicle which makes drivers feel as if they’re steering something that’s not a car,” President & Chief Executive Officer and Hiroomi Kinoshita said. “So we offered a robot-inspired shape and made people feel like they are operating a robot while driving. This what makes our car unique and enhances a sense of immersion with the vehicle.”

A video showing the Earth-1 car in action follows below.