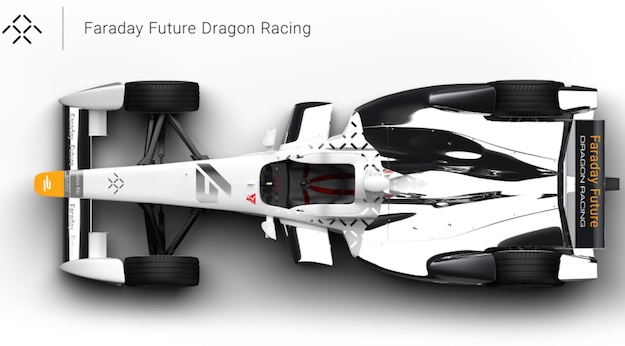 Faraday Future is apparently the real deal. Bankrolled by Chinese billionaire Jia Yueting, the electric car startup announced today a new partnership with Dragon Racing that will see the company lend its expertise towards producing an electric car for use in the FIA Formula E Championship.

Not to be confused with Formula One (though governed by the same body), Formula E racing — as the name subtly implies — involves electric cars exclusively. In accordance with the partnership, Faraday Future will be part of a new race team called Faraday Future Dragon Racing Formula E that will begin competing in Formula E’s upcoming season in October.

According to the announcement, Faraday Future will be a title sponsor and “core technical partner” of Dragon Racing, a team owned by Jay Penske.

“Formula E has placed a significant emphasis on electric performance and connectivity which makes it a great fit for Faraday Future,” Faraday Future executive Marco Mattiacci said in a press release. “Formula E has leveraged a community of fans and embodies the competitive spirit that we also share.”

“We are thrilled to welcome Faraday Future into Formula E,” Agag said. “Faraday Future is a brand that is targeting the highest standard in terms of design, R&D and manufacturing of electric cars and we couldn’t be happier that they have chosen Formula E to challenge some of the greatest car companies in the world.”