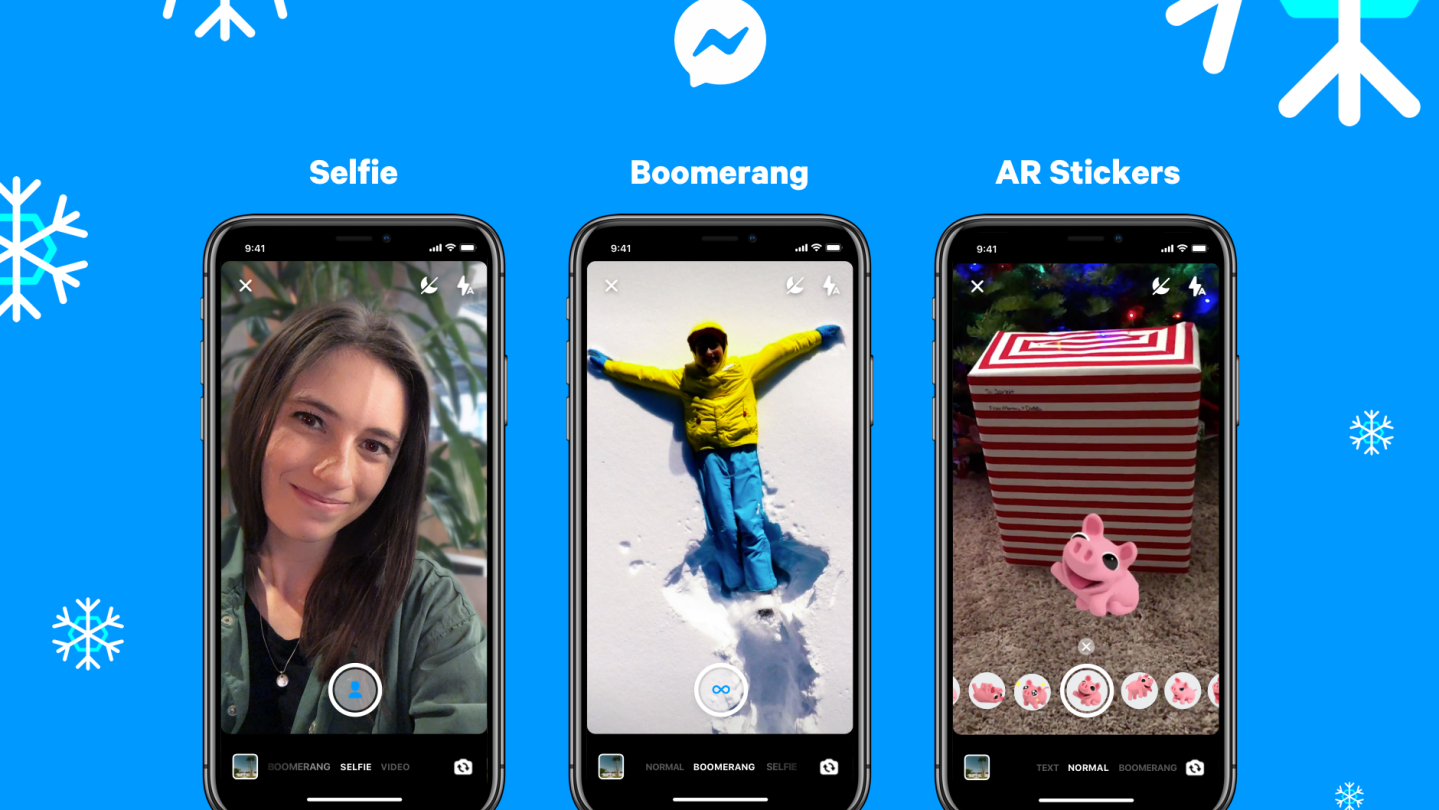 About a month after app researcher extraordinaire Jane Manchun Wong tweeted out one of the latest of her many scoops — that Facebook Messenger is testing a selfie mode for its camera that includes skin softening and bokeh effects — Facebook is making it official.

The social media giant is rolling out a Messenger update starting Monday morning for a majority of its users around the world that includes a slew of new features for the camera within the standalone messaging app. Among those additions are new stickers, filters, a Boomerang video looping effect and the aforementioned selfie mode.

According to the company, rolling out these additions now is partly meant to capitalize on the fact that the holidays are when Messenger gets used more than at any other time of the year. Specifically, Facebook says Christmas and News Years’ are the app’s biggest days in terms of overall messages sent. Per a company blog post, “With more than 20 million people using camera effects on Messenger every day, we’re excited to be launching even more ways to make your seasonal messages fun, including two new modes in Messenger’s camera — Boomerang and Selfie, along with new AR stickers and holiday effects.”

Facebook Messenger is testing Selfie Mode. It works like the portrait modes we see in smartphone camera apps, including:

As part of this update to Messenger, you’ll now see a list of all five camera modes within the app. They include the normal mode, plus video, text, boomerang and selfie. Here are some additional details from the company about each addition:

As far as the selfie mode, Facebook says that now when you take a picture or video of yourself, “you’ll remain in focus with a little extra glow while the background blurs.” Boomerang, of course, is the looping effect that’s already a staple of Facebook-owned Instagram. Some new holiday-themed stickers, masks and filters are also being added to Messenger as part of this update, as are augmented reality stickers.

From the Facebook blog post: “With over 440 million stickers sent in Messenger chats every day, we want to make sure people continue to have plenty of ways to express themselves, especially during the holiday season. Starting Monday, you will also find new stickers, powered by AR, which can dragged with a touch on the screen and be placed on top of your real world videos or photos. If you take photos or videos with your device’s camera, you can also upload the image to Messenger and apply camera filters and effects to your conversations and stories.”