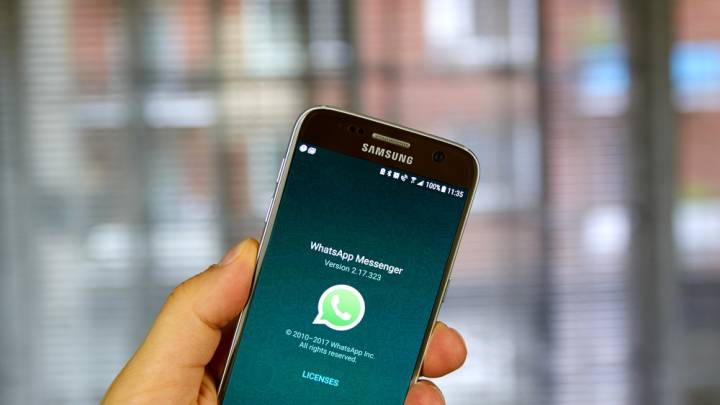 As organic reach has dwindled in Facebook’s main app, posts from brands have decreased and — at least theoretically — more room has been made for posts from friends and family in your News Feed. Handily for Facebook, it’s also a roundabout way of fighting back against the spread of fake news that’s proliferated on the platform.

So, it’s like anything — and people and pages have adapted, using Facebook’s standalone apps like Messenger and WhatsApp to spread that content directly to other users. Which is why Facebook is in the process of testing some new features to do something about that.

WhatsApp in a blog post said it’s launching a new feature that will starting labeling messages in the app that have been forwarded along to a user instead of composed fresh. “This extra context,” the post notes, “will help make one-on-one and group chats easier to follow. It also helps you determine if your friend or relative wrote the message they sent or if it originally came from someone else.”

According to this report out of India, the feature comes in the wake of Facebook-owned WhatsApp getting a notice from the Indian government last week directing the company to “take immediate measures to prevent misuse of its platform.”

Indeed, the problem of using social media platforms like WhatsApp in India to spread fake news and rumors has been so pervasive India that it’s led to rumors that have spawned mob violence. And Facebook even taking out ads in Indian newspapers in recent days to warn people about misuse of such platforms.

The social media giant, meanwhile, is taking a similar tack with Messenger.

As first noted by Motherboard, Facebook is testing a Messenger feature that will let a user who gets a random missive in the Messenger app know if it was sent from an account that was recently created. Moreover, it will use the phone number connected to the account to identify its origin.

The feature — which Facebook has acknowledged it’s playing with at the moment as part a “small test” — isn’t specifically about going after Russian actors. Nevertheless, Motherboard shared a screenshot showing the feature can identify a message having been sent by someone who “logged in using a phone number from Russia.”

The stakes certainly could not be higher for Facebook to get this right. The company, at a minimum, can’t let these things go on unchecked.

Govindraj Ethiraj, founder of a fact-checking project called Boom Live, told Poynter that, in India at least, WhatsApp is many people’s front door to the Internet itself. “I think there’s a certain degree of belief among common people about information and messages that come on these platforms … people fall for these things all the time. It’s like email — people are sharing information at very high speeds through chains.”

And then you look elsewhere, and you see things like an outbreak of yellow fever in Brazil, where the sharing of anti-vaccine rumors is on the rise. Oh, and Brazil is also home to 120 million users of WhatsApp in a country of 200 million people.

Facebook, indeed, has its work cut out for it.