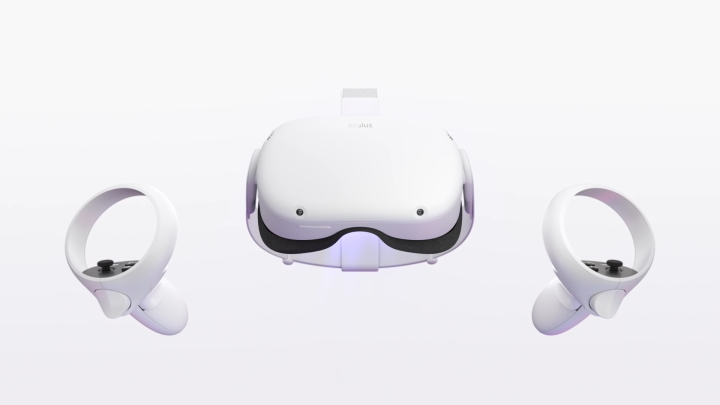 You might say that Facebook is already reading your mind, given the amount of data it’s collecting about your browsing habits and app usage. Facebook’s algorithms might know you better than your friends and family, and that’s according to a study that’s several years old, and probably outdated by now.

With all of that in mind, you probably won’t be surprised to learn that Facebook is developing technology to read your mind. But it’s not as scary as it might sound. Facebook isn’t trying to steal your most intimate thoughts with this technology. Instead, it wants to read specific neurological signals that will be useful for its future smart glasses.

Facebook already sells a VR headset — the Oculus headset seen in the image at the top of the page. But it plans to launch its first AR glasses in partnership with Luxottica later this year. The mind-reading wrist wearable and the AR keyboard would let users replace the physical mouse and keyboard, CNBC reports.

The wrist device will read neurological signals that travel from the brain to the hands when movement commands are issued. The difficult part is interpreting those signals and turning them into actions in the VR or AR world that the user experiences while wearing the headset.

Facebook showed a concept where the user could pinch with their fingers to hold and control virtual AR objects placed far away. This sort of interaction sounds a lot like that Minority Report computer UI based on augmented reality and gestures. Facebook likened the move to a “force” gesture you might see in Star Wars.

Facebook also showed off a separate set of wearable devices called electromyography (EMG) wristbands. They can be worn to type on any surface as if you are typing on a physical keyboard. The device would register the user’s intentions to move certain fingers and transform them into keystrokes.

These innovations are among the most exciting in the works at Facebook, but there’s no telling if they’ll make it out of the prototype phase, as the mind-reading devices are still in the early stages of development. “It’s hard to predict their timeline,” Facebook CTO Mike Schroepfer. “How these things sequence out in the market when they show up — are things I don’t have crisp answers to. What we’re focused on is hardening these technologies.”

Facebook is hardly the only company working on AR and VR tech, but it’s understandable why it chose to unveil these research projects well before the tech is ready for consumer devices. Unlike Facebook and others, Apple will not talk about technology that’s still in development. But Apple has been receiving plenty of attention for its unreleased AR and VR devices, with rumors continuously popping up about Apple’s purported smart glasses.

Facebook’s Mark Zuckerberg has recently taken subtle jabs at Apple while describing his vision for the AR/VR space, saying that Facebook would want a better app experience on these devices than smartphones. The company is designing affordable AR and VR devices, he also said. The mind-reading tech demo, seen in the video below, is an even more obvious hint that Facebook wants to compete in this space.