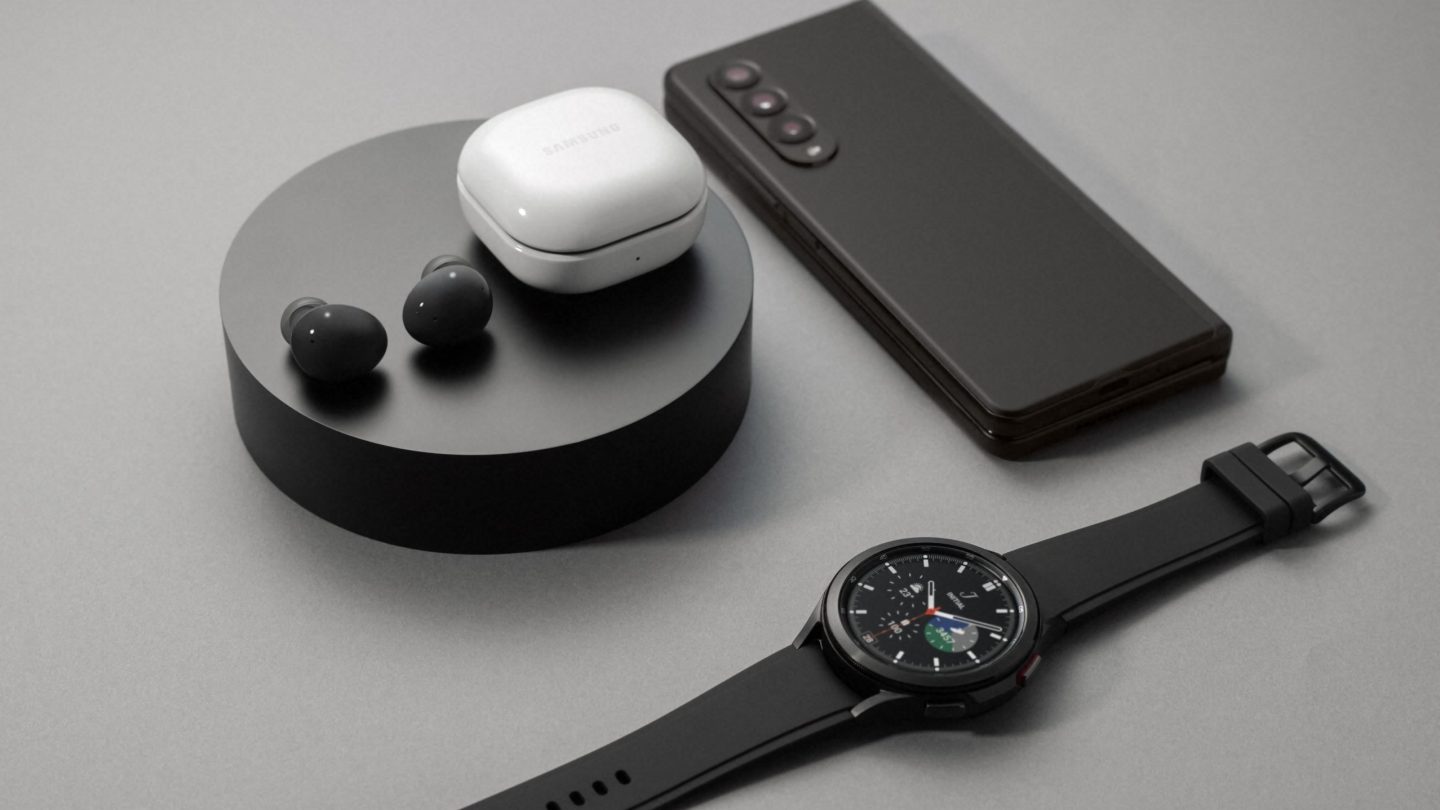 Samsung took center stage on Wednesday, August 11th for its latest Galaxy Unpacked event. As expected, the event was packed with big announcements. We got our first (official) looks at the Galaxy Z Fold 3, Galaxy Z Flip 3, Galaxy Watch 4, and Galaxy Buds 2. These are all notably upgrades over their predecessors, so read on to learn more about all of the new products.

The highlight of Samsung’s Galaxy Unpacked event was the Galaxy Z Fold 3. Three generations in, the company looks to be getting more comfortable making foldable phones. The Z Fold 3 features a huge 7.6-inch QXGA+ Dynamic AMOLED 2X Infinity Flex display with an under-display camera and a 6.2-inch AMOLED 2X cover display. In fact, this is the first Samsung phone with a camera under its screen. The Z Fold 3 also has 120Hz adaptive refresh rate on both the main and cover screens, support for S Pen, and a new taskbar that allows users to quickly switch between apps.

The Galaxy Z Flip 3 is technically the second Z Flip, but Samsung wanted to sync up the two foldable lines. That said, the Z Flip 3 isn’t quite as significant a leap forward as the Z Fold 3. The big change is the 1.9-inch Super AMOLED cover screen. That’s four times larger than the cover screen on the old Z Flip. It will be much easier to read notifications and texts without flipping the phone open. Samsung also brought a 120Hz adaptive refresh rate to the main 6.7-inch FHD+ Dynamic AMOLED 2X display. Finally, Flex Mode Panel makes it easier to interact with a partially folded Z Flip 3.

Samsung will sell the Galaxy Z Flip 3 for $999 on August 27th. It will be available in the following four colors: Cream, Green, Lavender, and Phantom Black.

Phones weren’t the only devices to get upgrades at Galaxy Unpacked on Wednesday. Samsung also debuted the Galaxy Buds 2, which are the company’s “smallest and lightest earbuds yet.” These new earbuds will replace the Galaxy Buds Plus in Samsung’s product lineup. Their design is similar to that of the Galaxy Buds Pro, and they feature active noise cancellation as well as adjustable ambient sound levels. They should last you around 5 hours with ANC enabled, and 7.5 hours without. They also come with a case that supports wireless charging, and have an IPX2 water resistance rating.

Samsung’s Galaxy Buds 2 will be available beginning August 27th for $149.99. And yes, there are several colors to choose from: Graphite, White, Olive, and Lavender.

Finally, we have the Galaxy Watch 4 and Galaxy Watch 4 Classic. As Samsung notes, these are the first smartwatches to feature the new Wear OS Powered by Samsung. Both models also have the BioActive Sensor, which is a 3-in-1 sensor that can monitor blood pressure, detect irregular heartbeats, measure blood oxygen level, and calculate body composition. Plus, they both feature a dual-core Exynos CPU, 1.5GB of RAM, 16GB of storage, and support wireless charging.