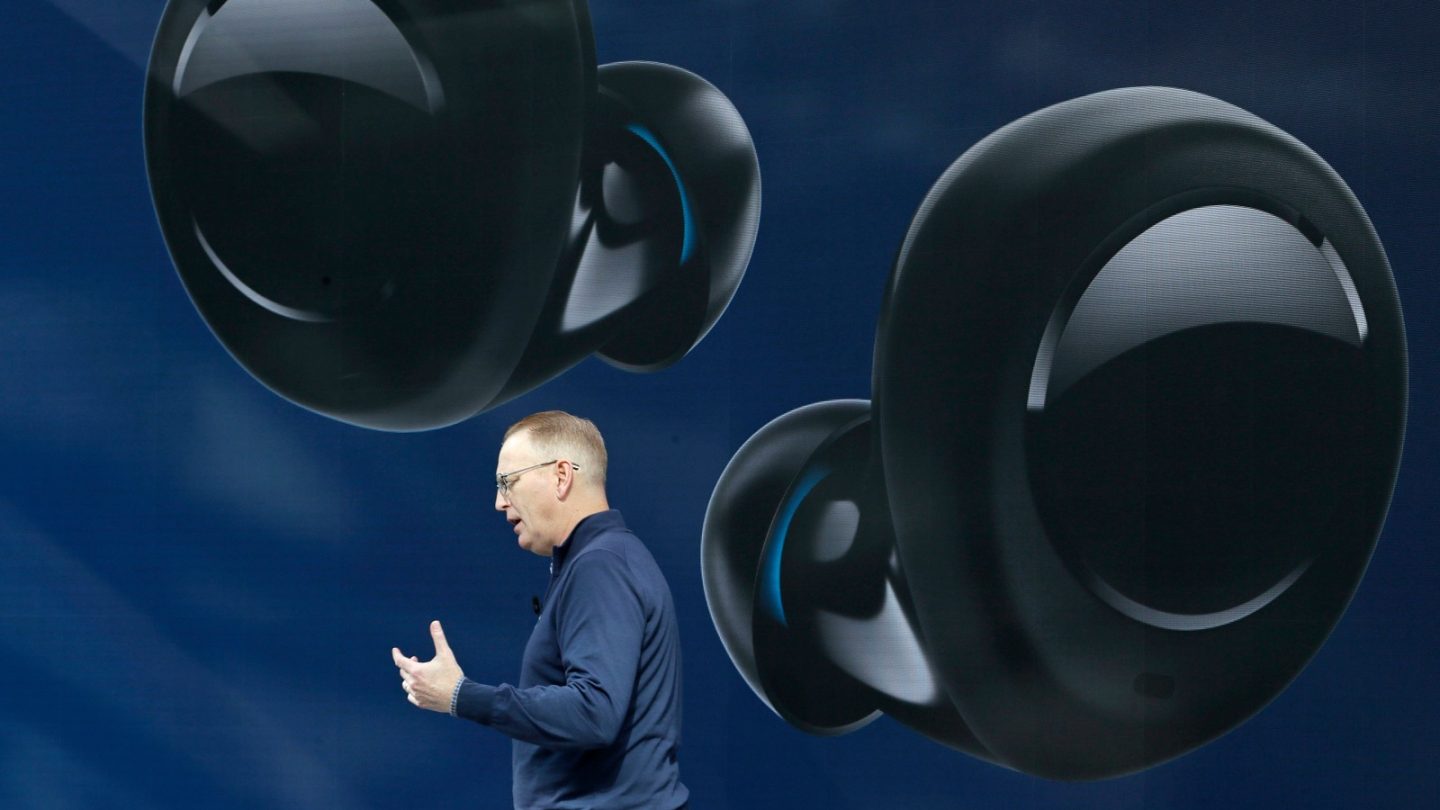 Amazon has a comfortable lead over Apple when it comes to smart speakers, but elsewhere, Apple has found a great deal of success with its AirPods. Not content to let Apple dominate the wireless headphone market, Amazon revealed its own pair earlier this year, and this week, the Echo Buds finally went on sale on Amazon.com.

The main feature of the Echo Buds is the inclusion of Alexa, so you can issue hands-free commands to stream music, make phone calls, or get directions to your destination. And if you prefer another AI assistant, Echo Buds also support access to Google Assistant and Siri if you own an iPhone or Android device. All you have to do is press and hold the earbud and it’s as if you’re talking directly to your phone, even if it’s in your pocket.

The Echo Buds also feature Bose active noise reduction technology, a sealed in-ear design to limit background noise, 3 sizes of ear tips, and 5 hours of music playback per charge (or up to 20 if you’re carrying the charging case around with you). Best of all, they cost $129, which is about half the price of Apple’s AirPods Pro.

But that’s not all, as CNBC reported on Tuesday that hidden feature discovered within the Echo Buds software suggests that workout tracking is possibly in the works for the earbuds. As CNBC explains, when Echo Buds were paired with an Amazon Fire HD 10 tablet, a new ‘Fitness’ section popped up in the settings menu of the Alexa app. This section wasn’t present when the site initially reviewed the Echo Buds a few weeks ago, and although the functionality was limited, it was able to track his movement as the reporter walked around the office.

Amazon declined to comment when CNBC reached out, but it seems that workout tracking is at least being tested by Amazon. We will see in the coming weeks whether or not the feature rolls out to the public, but the smart money is on an imminent update.