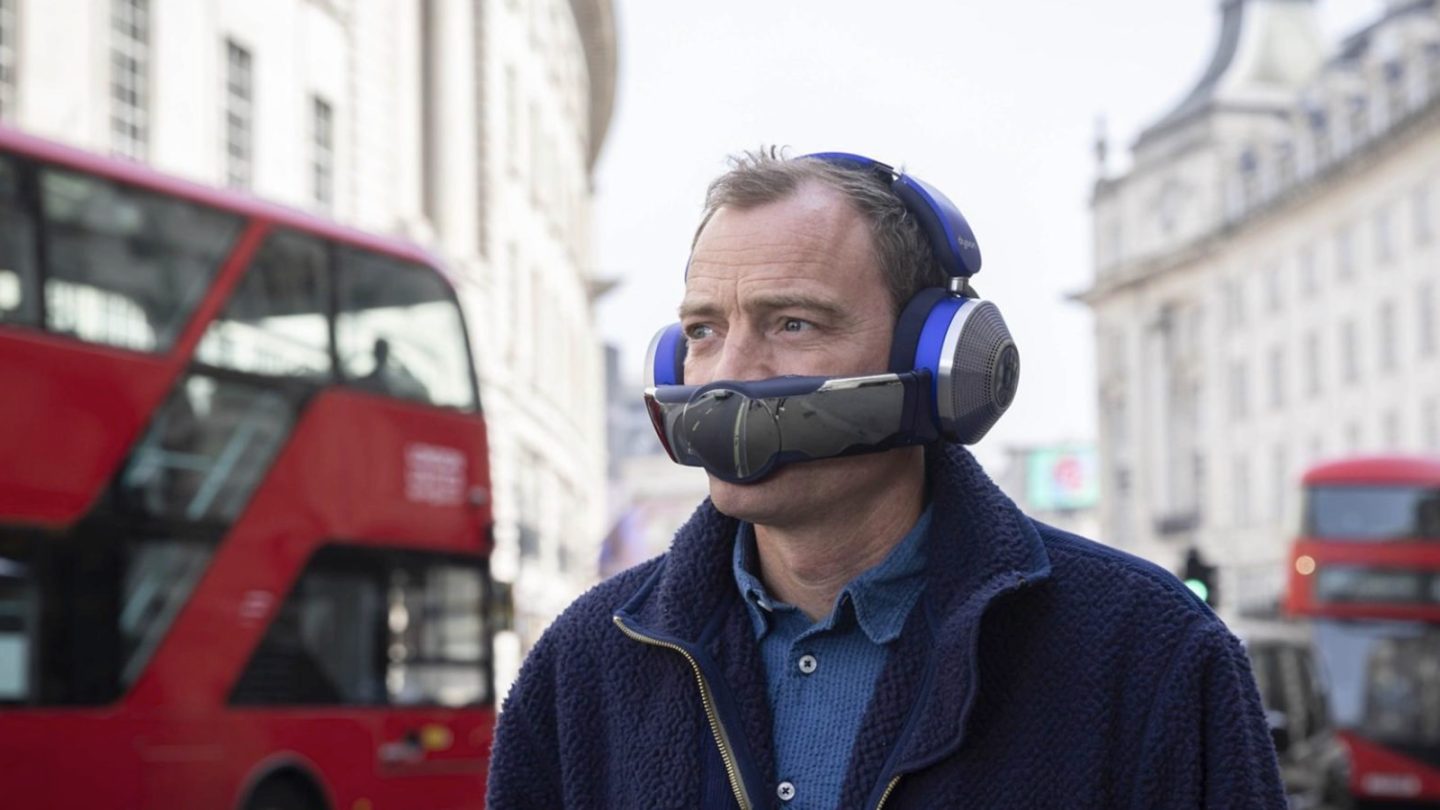 The strange wearable contraption seen above might look like something coming out of a sci-fi movie, perhaps the early days of the Borg hive in Star-Trek. It’s not a gadget invented to help you navigate the pandemic either. It’s actually a consumer device that you’ll be able to buy later this year. We’re looking at the Dyson Zone, a portable air purifier that also delivers noise-cancelling music to your ears.

The Zone is supposed to deliver the mobile version of a technology that Dyson has already mastered, air purification. The company offers air purifiers for your home, but the Dyson Zone will let you enjoy cleaner air exactly where you need it most, out on the street, where you’re facing pollutants every day.

Dyson wants to deliver cleaner air on the go and deliver it to your nose without the Zone touching your face. It’s not supposed to act as a mask of any sort, and it can’t replace one. Dyson makes no mention of COVID-19-related features in the announcement.

Instead, the Zone will purify the air you breathe while out of the house while also “purifying” the sound.

That’s the theory of it, at least. There’s no price or release date for the Dyson Zone at this time. Also, the main specs are missing in action.

We have no idea how long the device lasts on a single charge. And considering that it has to filter air continuously while playing music, it should pack a large enough battery.

Also, we have no idea how heavy it is. These aren’t just headphones. Each ear contains an air compressor that purifies the air. And, again, there must be a decent battery powering it all. But Dyson makes no mention of the weight.

While we have no idea when the Dyson Zone will launch, fall 2022 is the estimate the company provides.

How the air filtration system works

That said, it actually makes sense to combine the two features. The only way to get cleaner air on the go is to wear some sort of device that covers the nose and mouse. Therefore, you have to place it on your head. Adding headphones functionality seems like the next logical step for the Zone.

Dyson hasn’t stopped at just placing a regular pair of headphones on your head. The company says the Zone will support advanced noise cancellation and “pure, high-fidelity audio.”

Dyson spent six years and 500 prototypes to get to the current Zone design. Each earcup features compressors that draw air through dual-layer filters. They then project two streams of purified air to the nose and mouth without actually making contact with the skin.

As for the actual process of filtering out pollutants, Dyson explains that the electrostatic filter media in the Zone “captures ultrafine particles such as allergens, and particles from sources such as brake dust, industry combustion, and construction whilst a potassium-enriched carbon layer captures city gas pollutants like NO2 and SO2.”

It’s unclear how often you have to change the filters. Or how much the replacements cost.

Dyson might not have specified the weight of the Zone, but it did address weight concerns. The wearable has been engineered to distribute the weight over the sides of the head rather than on top.

The company explains they paid great attention to making the Zone as comfortable as possible and fit all sorts of head sizes. But real-life use will tell whether the Dyson Zone is as comfy as they make it sound.

Speaking of sound, Dyson says that its engineers and acousticians “sought to engineer excellent audio led by metrics, backed up with extensive listening trials.” As a result, the Zone should deliver “pure, rich audio and advanced noise cancellation.” The latter is actually a must-have feature in a system that uses motors near the ears to purify the air.

The Dyson Zone might look strange, but it’s certainly an exciting gadget. It’s likely going to be an expensive one as well. Time will tell whether it’ll also turn into a successful product.