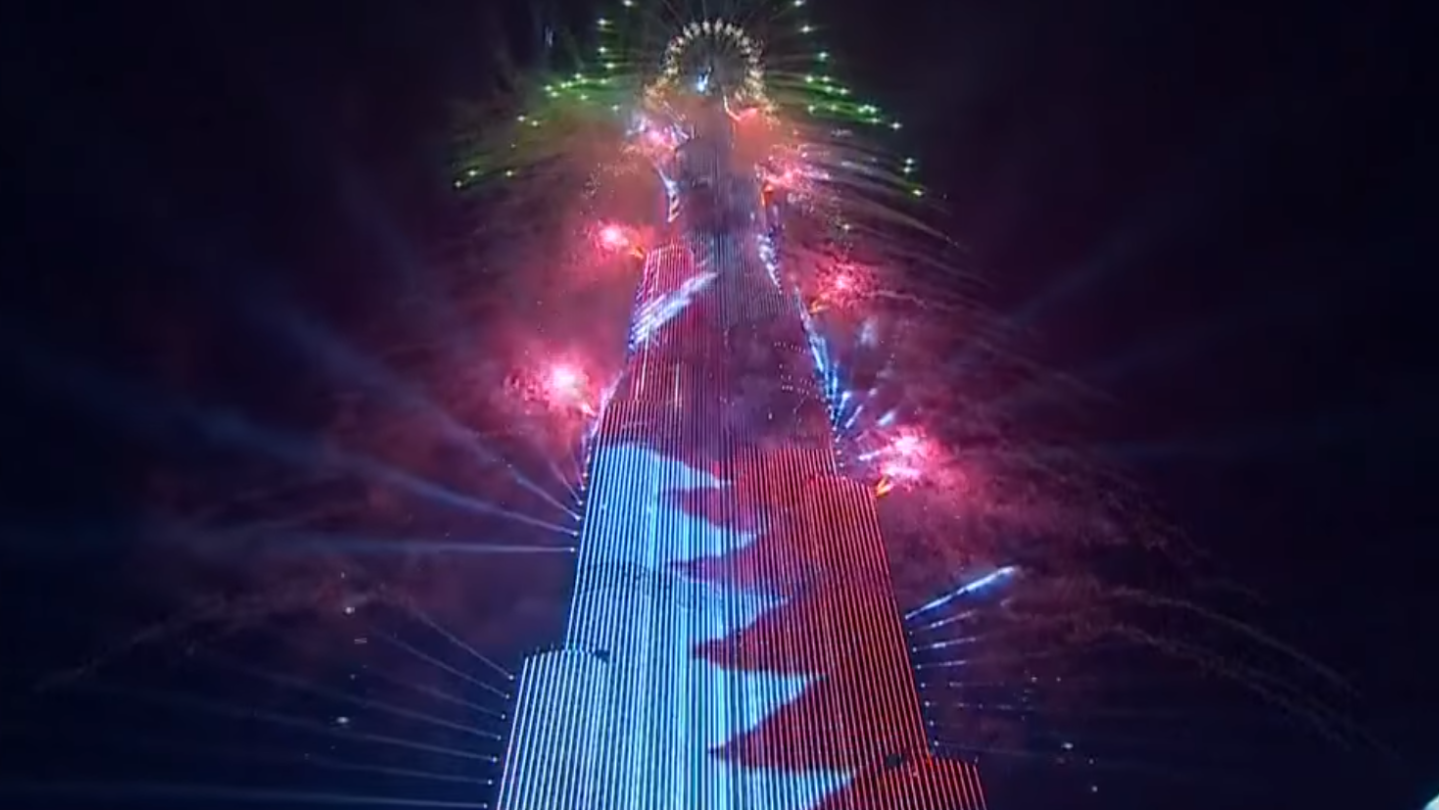 Yesterday, as clocks struck midnight in time zones around the world, countless people filled the streets of major cities to celebrate the start of yet another year. New York City fancies itself the ultimate New Year’s party capital, but plenty of other countries hold booming gatherings complete with fireworks and cheering crowds, and this year it looks like Dubai might have taken the crown.

Dubai, a massive city in the United Arab Emirates, is known for extravagance. From indoor ski mountains to man-made islands, Dubai is likes to do things bigger and better than everyone else, and New Year’s is no exception.

Dubai currently holds the record for the world’s tallest building. Burj Khalifa is a towering structure that stretches over 2,700 feet into the air, and the city used it as the centerpiece for a record-breaking New Year’s display that will be hard to top.

Lined with colorful lights and firework displays from top to bottom, the skyscraper caught the world’s attention as it helped the United Arab Emirates usher in 2019 with a bang.

The most interesting thing here is that the animated images you see on the building aren’t being projected onto it from an external source. The structure is actually covered in LEDs, and the display is now officially the largest LED display ever installed on a building.

It’s all pretty mesmerizing to watch, and the constant fireworks and vibrant spotlights only add to the effect. As you can see in the video, the showcase stretches on for several minutes, and it would certainly have been worth the trip for anyone who decided to check it out in person.

This is a New Year’s celebration that is going to be very hard to top, but Dubai has a bit of a habit of one-upping itself. We can’t wait to see what they come up with next year.