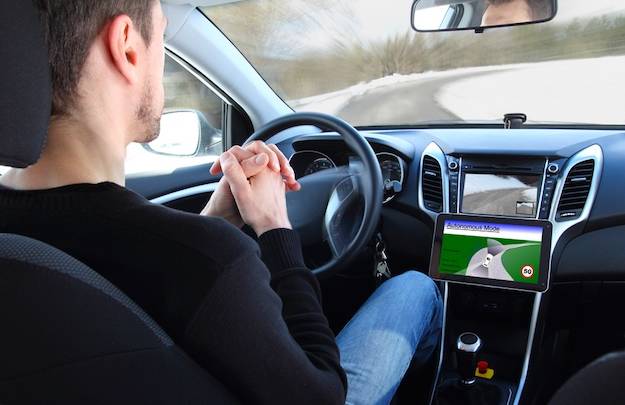 If 2016 has proven one thing, it’s that the human race is awful and really, it’s all been downhill since the dinosaurs. The latest edition to our Hall of Shame will soon be driverless cars, aka That Time We Tried to Make Polite Robots but Jerks Ruined It For Everyone.

Dietmar Exler, chief executive of Mercedes-Benz USA, told the LA Times that humans are delaying the advancement of self-driving cars. Specifically, Exler is worried that humans will take advantage of the cars’ mission to avoid collisions, and “bully” them around the road. Presumably, Exler is speaking after a recent visit to the New Jersey Turnpike.

DON’T MISS: The best TV deals to watch for on Black Friday 2016

Speaking at a conference in LA, Exler said that no matter how fast the development of self-driving cars, they’re going to be sharing the roads with human drivers for at least the next 25 years. That means they need to be able to perfectly handle the behviour of human drivers, something that’s difficult to do.

“Human drivers already speed, drive erratically and cut in line.  Driverless cars will be programmed to be polite and follow the law.

When someone tries to cut in line at a traffic merge, humans won’t let them in. But a driverless car will be programmed to stop when it sees an obstruction — like a line cutter. “They’ll look for the autonomous car and that’s where they’ll cut in,” he said.”

In case you’re thinking that this all sounds a little scaremongery, Exler’s comments actually agree perfectly with the results of a study by the London School of Economics. ““I’ll be overtaking all the time because they’ll be sticking to the rules,” one respondent said.  Another answered: “They are going to stop. So you’re going to mug them right off. They’re going to stop and you’re just going to nip round.”

Exler did have some good news, however. He thinks that the legal and regulatory hurdles to self-driving cars — often cited as the biggest obstacle — really won’t be too bad. “I do believe in lawyers,” he said. “I’m a lawyer myself. We will solve these issues out.”