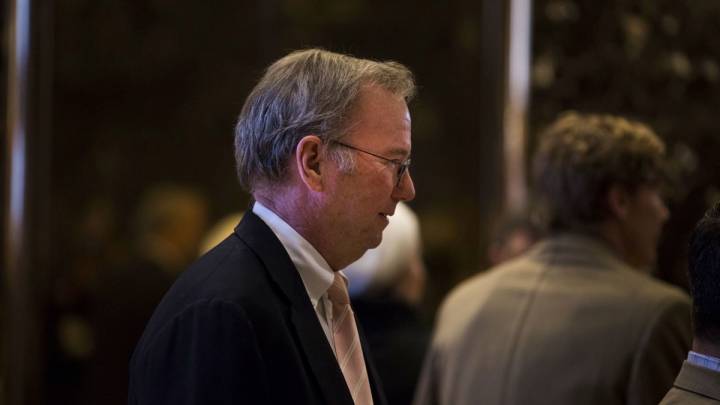 Donald Trump’s Muslim ban is the president’s most controversial measure to date. Trump may be keeping his word when it comes to campaign promises, but the way his administration implemented this new immigration policy is hardly worth any praises. The backlash was almost immediate, with various people voicing their concerns against the ban. The list also includes many prominent tech companies who took positions against Trump — some using stronger wording than others.

Eric Schmidt, Google’s former CEO and current chairman of Google parent company Alphabet, is apparently one of the tech execs who believes Trump’s government will do “evil things,” even though Trump’s core focus might be economic growth.

“I can tell you that the tone of this government is very much economic growth,” Schmidt told Googlers on Thursday, according to a transcript seen by BuzzFeed.

“And so I think at the end of the day, they are going to do these evil things as they’ve done in the immigration area and perhaps some others, but the core focus is going to be to get the growth rate in the country — which is roughly one-and-a-half to two percent — up another point by simply pushing through increases in federal spending and overcoming the tea party.”

The evil remark is of particular interest given Google’s well-known “Don’t be evil” motto.

“These prejudicial actions are discriminatory and anti-globalization, and I did everything I could to cause a different outcome,” Schmidt also said. “There are limits to what we can do, there’s no question if the company is asked to do something that’s counter to our values, we would oppose it and actively fight it.”

Protesting against Trump’s administration is a tough job for Google and any other tech company. Google has been trying to forge closer ties with the new Republican administration in the wake of Trump’s win. But so far, Google is far from having the same clout it had with the former administration.