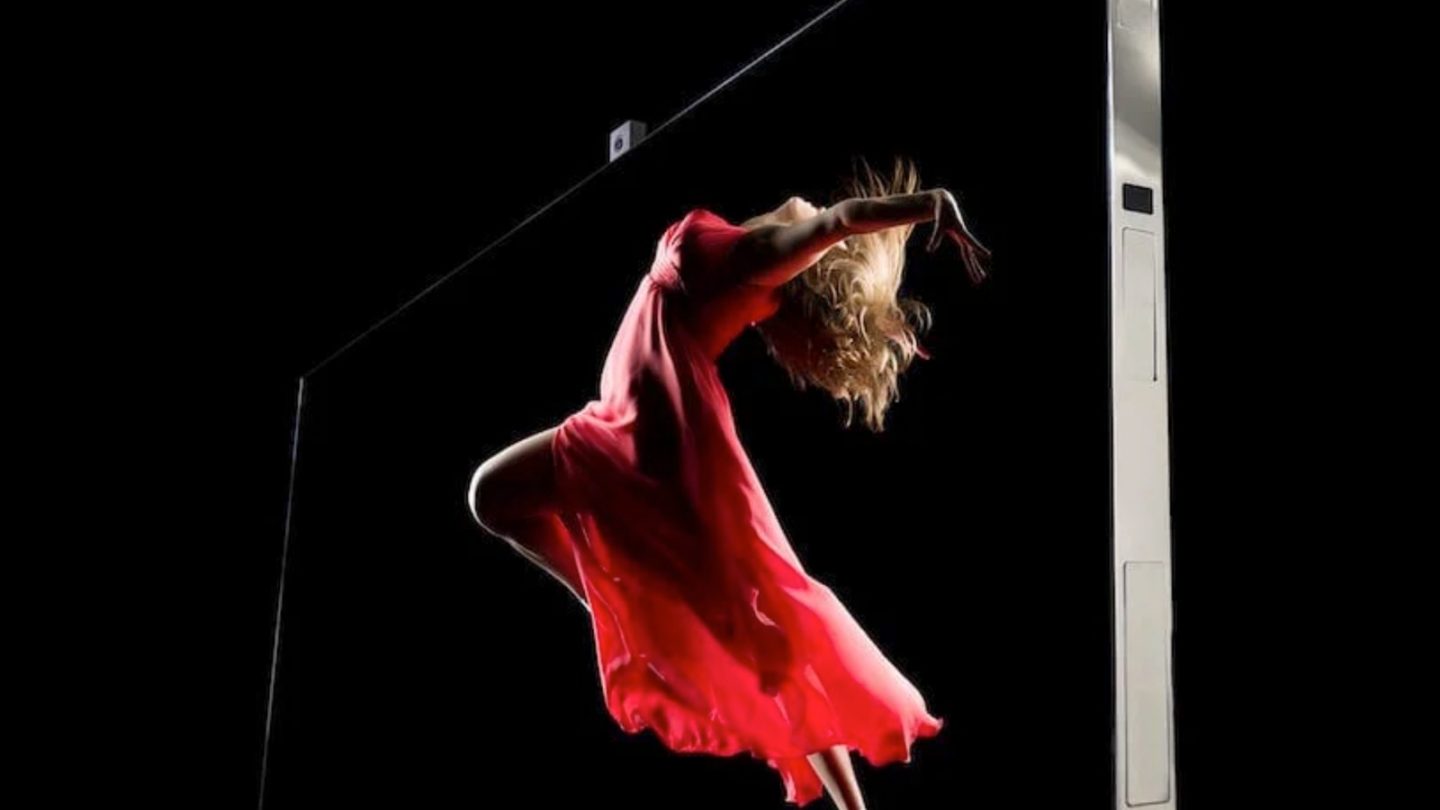 CES delivers all sorts of exciting new tech each year, and CES 2023 is no different. Take the 55-inch Displace TV that the like-named startup unveiled at the show. It’s supposed to be a completely wireless TV that you can mount on any surface, whether it’s a wall or even a window. And the most incredible part is that you don’t even need to use a TV mount.

If that’s not enough, the Displace TV doesn’t need a remote. It recognizes gestures, turning them into actions on the screen. If all that sounds exciting, you can get your unit for $2,999 with a reservation system already in place for the first 100 units.

Everything about the Displace TV set is impressive. The wireless aspect doesn’t only concern connectivity to your set-top box and other devices. It also means it doesn’t need a cord to plug into the wall. The TV operates on four hot-swappable batteries that should last for about a month at a time.

The Wi-Fi 6E connectivity means you should have no problem connecting your Displace TV to various inputs.

The gesture-based interface might be challenging to master. It’s also something we don’t necessarily need from smart TVs. In theory, the TV’s pop-out camera can interpret gestures with the help of technology similar to what powered the ill-fated Xbox Kinect.

In practice, it could lead to problems when multiple people are in the room. But the company told ZDNet that a smartphone app will also let you control the Displace TV. Voice control is an option, too.

The most exciting feature is the Active Loop Vacuum technology the company developed to attach the TV to any flat surface. The TV weighs under 20 pounds, and mounting it on a flat surface should be very easy, as you can see in the clip above.

The obvious concern is that the $2,999 TV set will eventually drop as the vacuum seal loosens. But the startup told ZDNet that the system will reinforce itself periodically to stay in place. In theory, the TV should never fall. But you’ll probably still be constantly worried about it.

Even so, there’s no denying that the Displace TV set is one of the highlights of CES 2023 so far. We’ll probably see other companies adopt similar technologies if everything works as intended. Displace TV could even end up being an acquisition target.

But you should hurry if you’re interested, as only about 60 units were still available at the time of this writing.