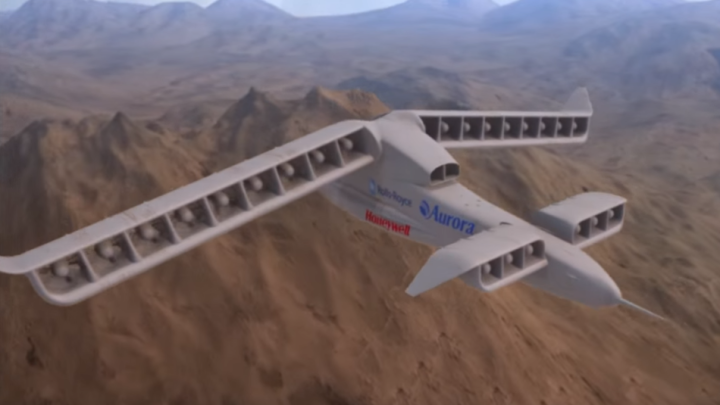 The Defense Advanced Research Projects Agency (DARPA) has helped develop a lot of wondrous technology over the years, including most notably the Internet. This week, the U.S. government agency released a concept for a new kind of plane that would be a hybrid of a plane and a helicopter and could enable vertical takeoffs. DARPA’s new VTOL Experimental Plane has been designed to fly at speeds of up to 400 knots while also having the agility to hover and even fly backwards if it needed to.

Essentially, the plane has a series of propellers embedded in its wings that are able to change direction. During takeoff, the propellers will face the ground to enable a vertical liftoff. During the actual flight, they’ll be positioned horizontally to propel the plane through the skies. They can also be reversed to enable the plane to fly in reverse.

“This is an extremely novel approach,” said DARPA program manager Ashish Bagai. “It will be very challenging to demonstrate, but it has the potential to move the technology needle the farthest and provide some of the greatest spinoff opportunities for other vertical flight and aviation products.”

This particular concept was created by Aurora Flight Sciences, which was awarded a DARPA contract for designing a plane capable of vertical takeoffs and landings. Check out a concept video showing what this plane would look like in action below.