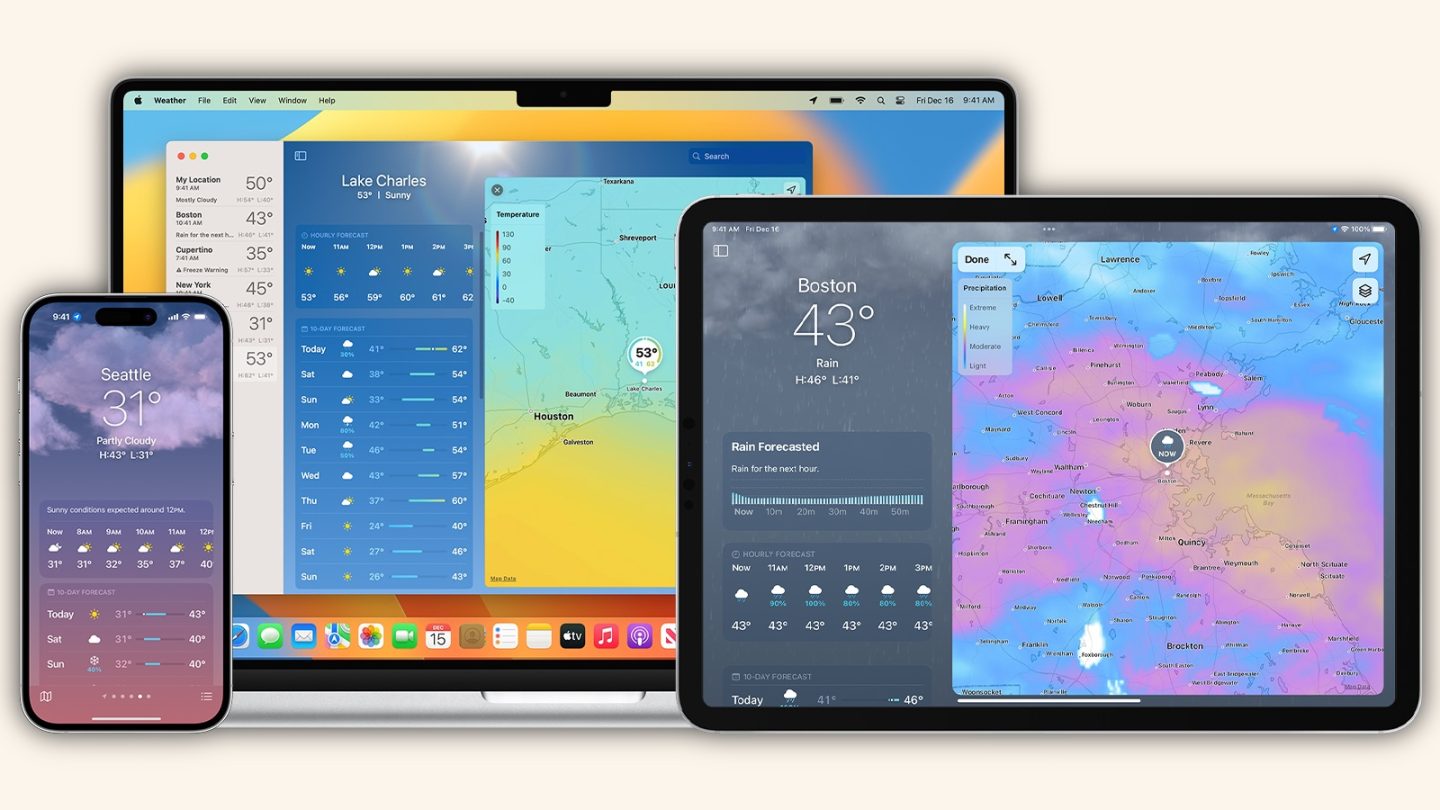 On January 1, 2023, Apple will shut down the Dark Sky app, as the Cupertino firm touts it has implemented the most important features for its Weather app with iOS 16. As the deadline approaches, long-term Dark Sky users are complaining that Apple’s stock app still isn’t as reliable as it should be.

On a Reddit thread, several users complain about the Weather app being less accurate than Dark Sky:

“Dark Sky was the most useful and accurate weather app I had ever used. It legitimately is one of those apps that made my life better. Apple’s Weather app is a joke when it comes to accuracy,” says the thread owner. They give an example: their location is under heavy snow while the built-in Weather app says it’s only drizzling.

Another Reddit user says they wish Apple would duplicate the Dark Sky Apple Watch complication where you can see conditions and temperature, which is currently unavailable.

“The radar maps in Dark Sky are FAR superior to the ones in Apple Weather. That’s what I relied on most. Being able to just go and look at the radar and determine myself what was coming my way,” says another Dark Sky user.

In a support document, Apple highlights how Dark Sky users can use the Apple Weather app, such as hyperlocal forecasts, next-hour precipitation, hourly forecasts for the next 10 days, high-resolution radar, and notifications.

That said, it seems even with Apple revamping its Weather app, long-term Dark Sky users aren’t satisfied with its current status, as they do not believe the company is delivering an experience as reliable as it should.

It doesn’t seem likely for Apple to postpone Dark Sky’s end despite the criticism. If you’re looking for weather app alternatives, BGR can help you with that.

Don't Miss: Dark Sky is about to shut down for good – use these weather apps instead