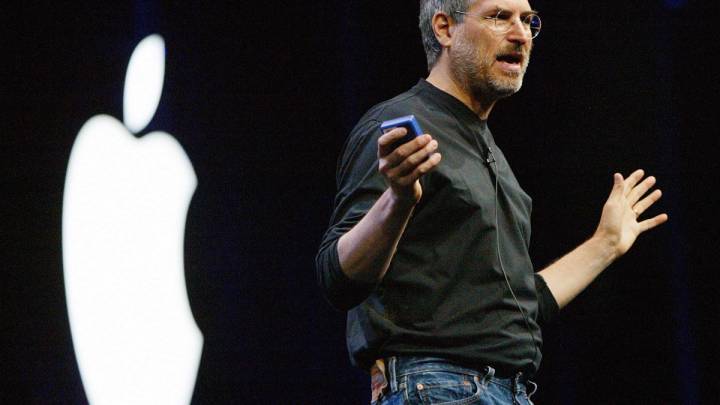 There’s been no shortage of insider stories about how demanding a boss Steve Jobs could be and how exacting a quality standard he expected everyone at Apple to adhere to during his tenure. Still, it’s always interesting to hear from insiders who have juicy, detail-rich anecdotes to share from the time when Apple’s mercurial co-founder was still in the corner office, still making demands of underlings, still training his famed reality distortion field on anyone and anything that got in the way of Apple on its march to juggernaut status.

Meet Ken Kocienda, a former Apple software engineer who developed the autocorrect feature iPhone users are so reliant on (gee, thanks Ken) as well as the on-screen keyboard in the first iPhone. He’s out with a new book today, Creative Selection, that’s meant to give an insider’s perspective on what Apple’s design process was like under Steve.

He joined Apple and spent 15 years with the company, but for the sake of this post we’ll jump ahead several years, to the period when Ken was interviewing with Scott Forstall. Scott had invited Ken to join the so-called Project Purple — the secretive effort to build what would become the iPhone.

Ken spends a lot of time and lots of pages walking through the tedium of trying to develop a keyboard that’s useful enough to work on a small screen. Experimenting with a QWERTY layout, multiple letters per key, using predictive text and lots more.

Ken never got to show off any of his iPhone work to Steve, but later on he takes you, the reader, along with him on a demo of the iPad’s software keyboard for Steve.

Ken walks in to his scheduled moment to demo the iPad keyboard and Steve is … on the phone. He kept everyone waiting in silence. He was leaning back in his chair, staring at the ceiling through his glasses. iPhone pressed to his ear, wearing his familiar ensemble of a turtleneck and jeans. “It’s uncomfortable to listen to someone powerful and mercurial as they finish a phone call,” Ken writes. Eventually, it’s obvious the call is wrapping up. “Right, I’ll call you. Bye.” Steve looks down at his iPhone and taps the disconnect button. He slides the phone into his jeans and swirls around in his chair to face Ken.

“His eyes met mine,” Ken recalls, before talking about Steve’s famed reality distortion field. Though, in this case, “I felt an opposite force, the RDF with the polarity reversed … He was now ready to see my demo.”

Steve stands up. Scott Forstall wakes up an iPad without picking it up from the table, while Steve keeps staring at Ken. Ken launches into a brief demo, explaining that he’s worked up two keyboard designs for the iPad — one that feels like a laptop keyboard layout, the other a kind of basically bigger version of the iPhone keyboard. Steve plays with the iPad in silence, figure-eighting his head around the screen. Tapping, testing, not betraying anything about what he thinks. Everyone is watching and waiting.

“We only need one of these, right?”

Which wasn’t what Ken, who swallows hard, was expecting. “With a half shrug, I said, ‘Yeah … uh … I guess so. Steve sized me up a little and then asked, ‘Which one do you think we should use?”

Ken then explains how he’s been using both for a few days and has come to prefer the keyboard with the bigger keys and thinks people could learn to get used to it, especially with autocorrect helping a bit. Steve stares at Ken. Never moves his eyes. “There he was, seriously considering my idea about the next big Apple product. It was thrilling.”

Ok, Steve announces. “We’ll go with the bigger keys.” Steve gives a slight nod, and that’s it. The show’s over.

There’s lots more good stuff in here about the design process and creative decisions behind Apple’s classic products. It’s published by St. Martin’s Press and available in the usual range of formats today, including hardcover, on iBooks, on Kindles and via Audible.