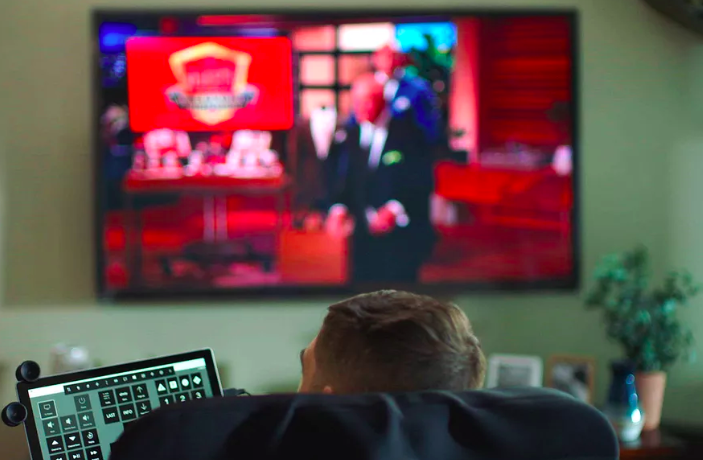 The new eye-controlled channel changer that Comcast debuted today is a futuristic-sounding marvel that will certainly make life a little more enjoyable for people with physical disabilities who can now use merely their eyes to control their TVs. The just-announced Xfinity X1 eye control feature is a web-based remote control for tablets and computers that Comcast says pairs with an existing eye gaze system and gives viewers the ability to perform tasks like changing the channel, setting a recording, searching for a show and more, all with just a glance.

The new feature traces its genesis back to Comcast’s recruitment of telecommunications executive Tom Wlodkowski seven years ago. The company gave him a specific brief — to help improve the company’s services in terms of making them more accessible to users with disabilities. That mandate resulted in features like Comcast’s voice-controlled TV interface, a cable industry first.

At one point, a Comcast board member with a sister who had ALS approached Wlodkowski’s team. The sister was unable to use Comcast’s standard remote, and a new report from Wired sheds some light on what happened next when the board member prodded the team to see what they could come up with.

That was the impetus for the new eye-control remote that Comcast announced today, with Wlodkowski telling Wired that — yes, this kind of thing serves a niche part of the user base. At first. But think about how pervasive voice-recognition technology has become. This kind of technology can be built on over time, in other words. But even more than setting the stage for future technology advancements, of course, it’s also the right thing to do.

According to Comcast, more than 48 million people today live with some degree of physical or mobility disability. Moreover, about 15 people every day are newly diagnosed with ALS, also known as Lou Gehrig’s disease, which attacks the nerve cells in the brain and spinal cord and can make everyday tasks much more difficult.

“Changing the channel on a TV is something most of us take for granted but until now, it was a near-impossible task for millions of viewers,” said Tom Wlodkowski, whose title at Comcast is Vice President for Accessibility. “When you make a product more inclusive you create a better experience for everyone and we’re hoping our new X1 feature makes a real difference in the lives of our customers.”