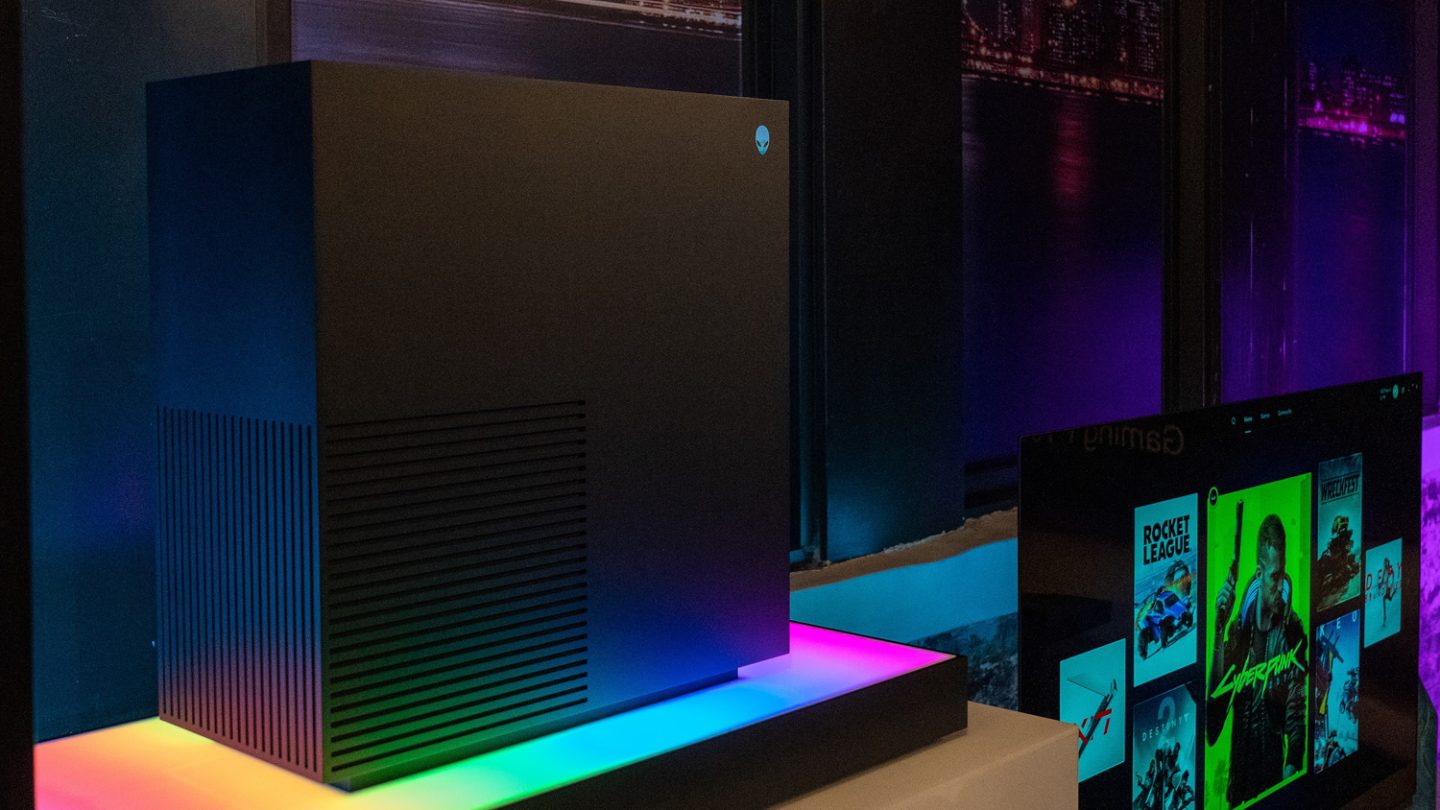 Concept Nyx is built around the idea of gaming wherever you want to in the home, streaming from a central computer that can share games through a local wireless network. This concept means that a decent wireless network is still required. But, many of the issues around things like latency and bandwidth are either solved or reduced.

Gaming on the edge

Cloud gaming will likely eventually be how we game, but game streaming in general still has some issues. For starters, you need an excellent internet connection, and extremely low latency. Concept Nyx could provide a more versatile gaming experience until we get to the point where cloud gaming is more usable, and super-fast internet connections are easier to find.

The concept basically involves one large computer that powers the whole system, and lives in your home. That computer can use a local network to stream games to devices like your laptop, phone, or TV. And, you’ll control it all with Alienware’s UFO controller. It can connect to all your different devices and quickly switch between them as you move around your home.

The system isn’t necessarily just for one person though — according to Dell, Concept Nyx can power up to four game streams at once. So, you could be playing a totally different game to someone else in your household. Those games would be streamed to completely different devices, but powered by one computer.

As you move around the home, Concept Nyx is said to be able to intelligently switch between devices on the fly. That lets you pick back up again in a matter of seconds.

If Concept Nyx were to be released to the public, it could allow gamers in a household to access their entire gaming libraries and play them on any device. It will connect to many big game services, like Steam, letting you access your games all in one place.

The future of gaming?

Concept Nyx isn’t quite ready for the public, and Alienware is still working on it. In other words, you can’t get your hands on it just yet. But eventually, this could become a consumer-facing product. We don’t yet know how much it would cost, and of course, designs aren’t final by any means.

But there’s one question — will something like this be released before game streaming is truly ready? That remains to be seen.