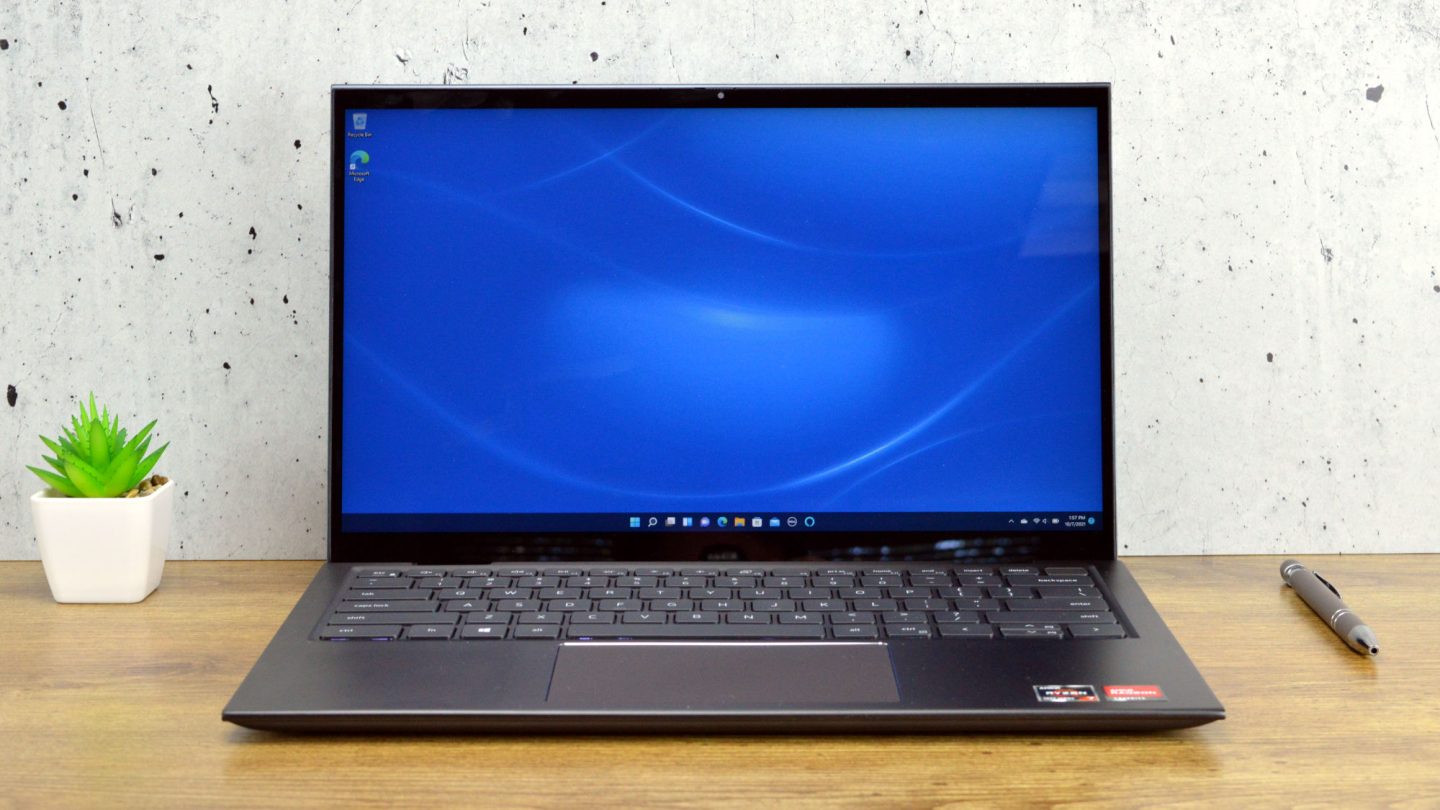 The Dell XPS 13 gets all the credit as Dell’s crown jewel in the laptop world. It makes sense — the laptop is sleek and stylish, ultra-powerful, and offers a stunning display. But not everyone wants to, or can afford to, spend that kind of cash on a laptop. The Dell Inspiron 14 7000 aims to satisfy that need for those who want to spend a little less, but don’t want to sacrifice on quality.

For the most part, it succeeds. We’re reviewing the 7415 model, which boasts powerful performance, a reversible design, and supports Windows 11 out of the box. But it’s not the perfect machine. After all, there’s a reason the likes of the XPS 13 have a higher asking price, and it’s not all about design. But does the Inspiron 14 7415 2-in-1 do enough to justify its $800+ asking price? I’ve been using the laptop to find out. 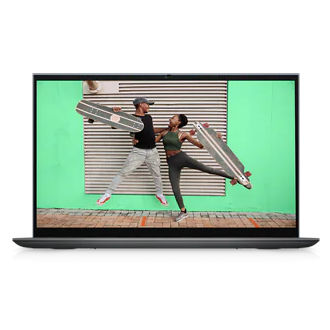 The Dell Inspiron 14 may not be as thin and light as an XPS machine, but it’s still a sleek and stylish laptop. It’s not very thick, and generally, should be easy enough for most to carry around in a backpack or purse. The Inspiron 14 7415 is 0.64 inches thick, which makes it only slightly thicker than the XPS 13. It weighs in at around 3.43 lbs, which is a little heavier than some of the competition but not necessarily over the top.

One of the best things about the design of the Inspiron 14 7415 is the fact that it offers pretty thin bezels, helping give it a modern look. They’re not as thin as the XPS 13, especially the top bezel, but it still looks great. The AMD model, which we’re reviewing, is only available in one color — Mist Blue. But I like the color scheme in general. It’s close to black, with a slightly blue hue to it, and I think it looks great.

The laptop generally seems to be built from strong, premium materials, and while there is some flex to the keyboard, I never felt like the device was badly built. The port selection is fine, but not incredible. You’ll get an HDMI port, USB-A port, and a USB-C port on the left, while on the right there’s another USB-A port, a MicroSD card slot, and a headphone jack. An extra USB-C port or two would have been nice, especially given the fact that the existing one will often be taken up for charging.

Generally, the Dell Inspiron 14 7415 2-in-1 looks and feels great. Again, a few more ports would be nice, but apart from that, this is definitely a premium machine.

The typing experience on the Dell Inspiron 14 2-in-1 is great. Keys feel comfortably spaced, and there’s enough travel for a tactile feel. That’s good news for me, as someone who makes a living typing. As mentioned, there is a small amount of flex in the keyboard, but in day-to-day use, you won’t really notice it. And, the palm rest is large enough to ensure the laptop remains generally comfortable.

The touchpad is solid, but not incredible. High-end Windows laptops have started competing a little more with the Apple trackpad, which has long been the best in the business. Generally, the touchpad is responsive and accurate, though there is a lot of travel on the click. I usually use tap to click anyway, so it wasn’t a huge deal for my usage.

The Dell Inspiron 14 7415 2-in-1 offers a 14-inch display with a 1,920 x 1,080 resolution, and generally, it looks good. The display seems to be one of the ways in which Dell has cut costs for the Inspiron 14, but it didn’t really feel like a huge compromise in daily use. While not as detailed as the 4K display on the XPS 13, text is still nice and crisp, while images generally look good. That’s not to mention the fact that the 1,080p display is much easier on the battery.

The main issue I had with the display is the fact that it doesn’t get all that bright. In my experience, the display was fine in an office or other indoor setting. Outdoors, being able to properly see the display is a little more challenging — so ultimately, if you plan on using the laptop outdoors a lot, this may not be the way to go.

The display was generally responsive to touch and accurate. I was using Windows 11 on this device, which is supposedly better optimized for touch than Windows 10 was. Either way, I had no issues with accuracy on the Inspiron 14 2-in-1.

The Dell Inspiron 14 in general is available in Intel and AMD configurations, but the 7415 is an AMD model. We’re not reviewing the base model — our Inspiron 14 has an AMD Ryzen 7 5700U, with 16GB of RAM and 512GB of solid-state storage. This configuration comes at a little over $1,000.

Generally, we found the laptop to be more than powerful enough for the vast majority of use-cases, including under relatively heavy multitasking. Most professionals who want a machine for things like email, web browsing, and productivity apps will be more than happy with what’s on offer here.

In benchmarks, we found the computer to perform slightly better than an M1-powered Mac (we used an iMac, but its performance is very similar to a MacBook Air) when plugged in, and at a slightly lower price. Of course, there are other advantages to an M1 machine, like battery life, but it’s still nice to see a laptop like this competing in raw performance. Here are the benchmark results that we achieved.

The battery life on the Dell Inspiron 14 7415 is excellent. The machine was easily able to get through a full workday and even last a few extra hours after that. Part of this likely has to do with the lower-brightness display and the fact that it’s only a 1,080p resolution. But whatever the reason, you should expect to get a great battery life from the Inspiron 14 7415.

The Dell Inspiron 14 7415 2-in-1 comes with Windows 10, but can immediately be updated to Windows 11 out of the box. That’s good news for those who want a modern operating system.

This isn’t a Windows 11 review, so I won’t be going deep into the new operating system. The basic gist is that if you’ve used Windows 10, you won’t have too hard of a time navigating Windows 11.

The laptop does come with a little bloatware, though thankfully it’s not too over-the-top. There’s the classic McAfee bloatware, though it’s pretty easy to not interact with, as long as you disable the installation during the setup process. You’ll also get Alexa, though that may be more of a Microsoft partnership than one with Dell. Either way, rest assured that the software experience on the Dell Inspiron 14 7415 isn’t overly bloated or heavy.

The Dell Inspiron 14 7415 is an excellent option for those who are willing to pay for a solid laptop but don’t want to pay XPS 13 prices. It’s well-designed, quite powerful, and compact enough to serve as a great on-the-go machine. It’s especially great for those that want that extra screen real-estate compared to a 13-inch machine, but who don’t want the huge footprint of a 15-inch laptop.

There’s a ton of competition in the sub-$1000 laptop price range. I would be remiss not to mention the MacBook Air, which performs about as well but has better battery life. If you want to stick with Windows, it’s worth considering the HP Envy 13 or Envy 14, which are available at a similar price point.

Yes. The Dell Inspiron 14 7415 is an excellent laptop that looks and feels premium, and is powerful enough for most.