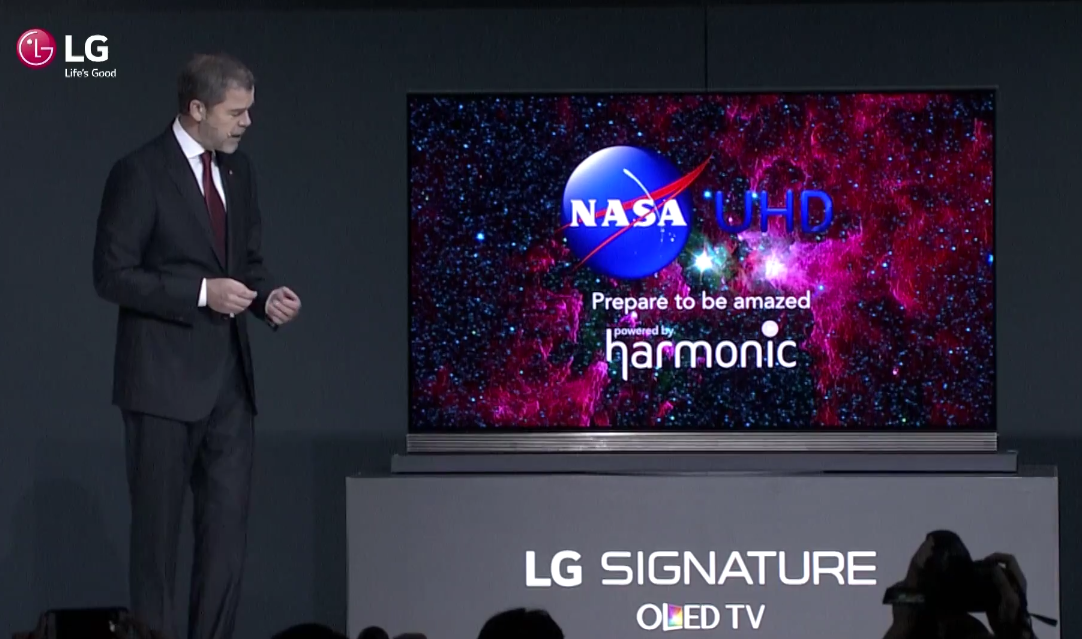 LG held its big press conference at CES 2016 on Tuesday and the company unveiled a beautiful new TV set called the LG Signature OLED TV. The TV is impressive on a number of levels: It not only has a gorgeous 4K display but it also features a glass body that’s only 2.5 millimeters thick as well as a speaker system that’s built right into its stand.

As you can see here, the TV’s display has almost no side bezels whatsoever:

This is particularly impressive when you consider that the TV is just the size of four stacked credit cards, as LG put it. To really get a sense of how thin this TV is, here’s a look at it from the side:

The speaker system that’s incorporated into the TV’s stand also feature an extra set of woofers to boost sound quality. The TV runs on webOS, the long-dead smartphone operating system that LG acquired from HP to use on its own home appliance and entertainment products.

LG’s new Signature TV will start its global rollout in March. No pricing information has been released for this new TV yet but you can bet it will burn a pretty large hole in your wallet if you decide to buy one.